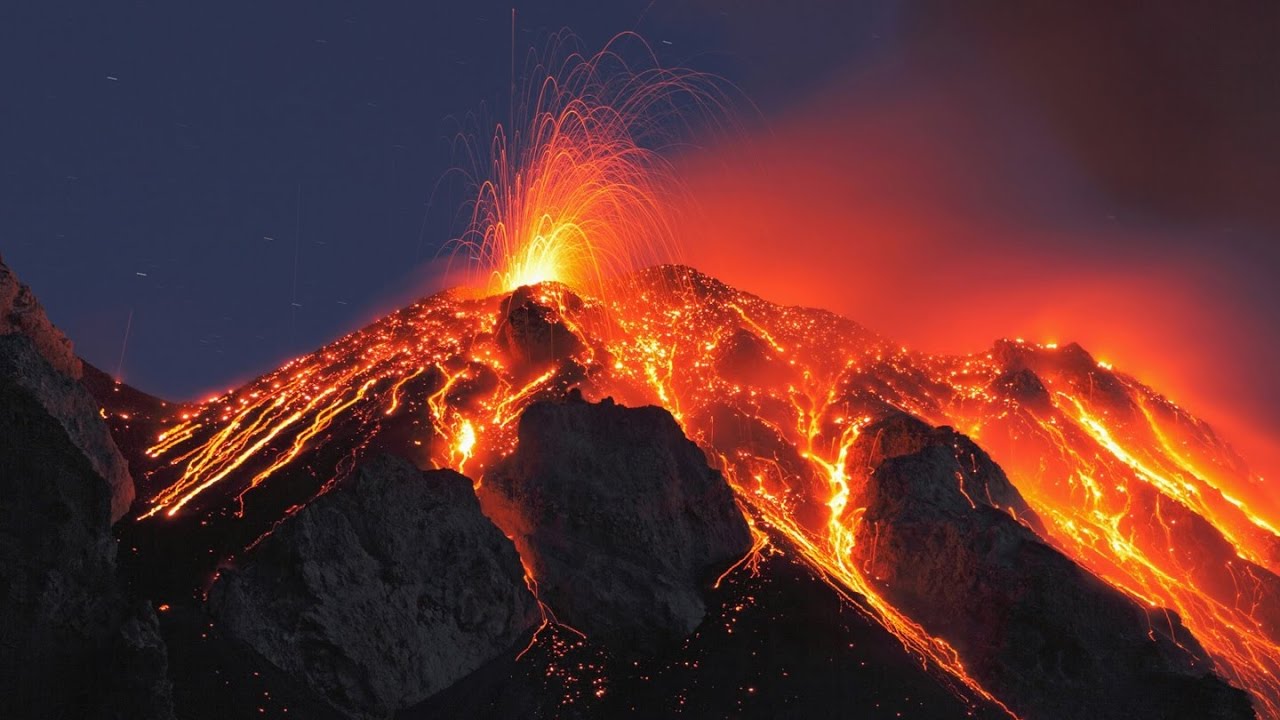 Aerial drone footage showed a line of lava snaking its way through forest land and bubbling up on paved streets. Elsewhere, lava spurted into the sky from cracks in the road. 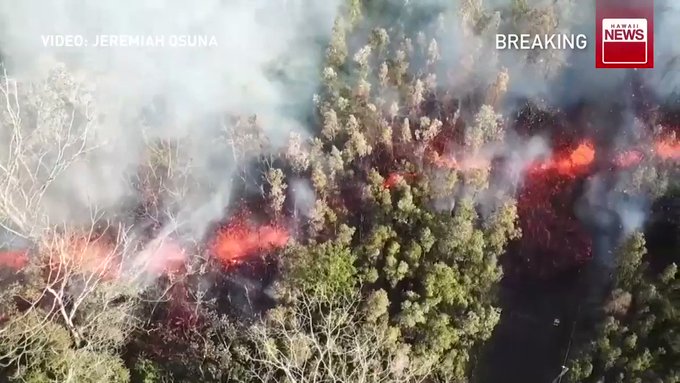 Drone video from above the lava outbreak in Leilani Estates on Hawaii Island shows roads, homes near the path of destruction. MORE: http://bit.ly/2JIuLoh

“It sounded like if you were to put a bunch of rocks into a dryer and turn it on as high as you could,” Jeremiah Osuna, who captured the drone footage, told Honolulu’s KHON-TV. “You could just smell sulfur and burning trees and underbrush and stuff.”

Gov. David Ige activated the National Guard to help with evacuations and provide security for about 770 structures left empty by residents fleeing the area.

One homeowner in the Leilani Estates subdivision, which is near the town of Pahoa on the eastern side of the Big Island, said he knew when he bought a house near a volcano that this day might eventually come.

Lava is shown burning in Leilani Estates subdivision near the town of Pahoa on Hawaii’s Big Island.  (USGS via AP)

He added: “My family and my pets are safe. That’s what I really care about. I mean, the rest is just stuff. We can make more money and get more stuff. My family is safe. That’s the main thing.”

Officials said they cannot predict how long the eruption could last, but wanted to remind residents to remain calm and be prepared to evacuate.

“The best thing they can do right now is stay out of the area. It’s not a stable situation at all,” Talmadge Magno of Big Island’s Civil Defense told the newspaper. “This is not over, it could escalate at any time. We don’t know how this is going to go.”

Asta Miklius, a geophysicist with the USGS Hawaiian Volcano Observatory, told the Associated Press the volcano has “quite a bit of magma in the system.”

“It won’t be just an hours-long eruption probably, but how long it will last will depend on whether the summit magma reservoir gets involved,” Miklius said. “And so we are watching that very, very closely.”

The Kilauea eruption comes after days of earthquakes rattled the area’s Puna district. A nearby school was closed due to the ongoing seismic activity and several roadways cracked under the strain of the constant temblors. A magnitude 5.0 earthquake was recorded hours before the eruption began Thursday.

There were no immediate reports of injuries.

The Puu Oo crater floor began to collapse Monday, triggering a series of earthquakes and pushing the lava into new underground chambers.

The collapse caused magma to push more than 10 miles downslope toward the populated southeast coastline of the island.

A plume of ash rises from the Puu Oo vent on Hawaii’s Kilaueaa volcano.  (USGS via AP)

Fox News and The Associated Press contributed to this report.