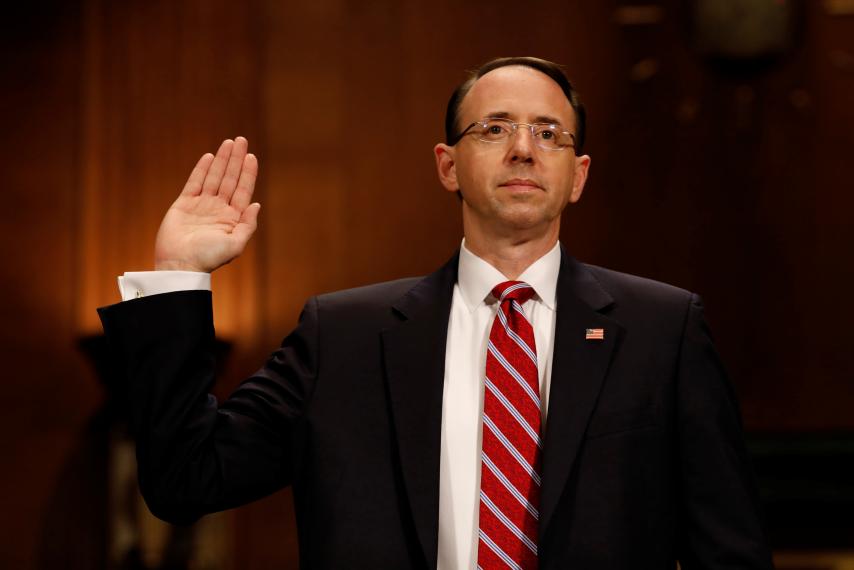 President Trump lashed out at his own Justice Department again on Wednesday, tearing into officials for not cooperating with document requests from congressional Republicans while warning he could “use the powers” of the presidency to intervene in the dispute.

“A Rigged System – They don’t want to turn over Documents to Congress,” the president tweeted, in an apparent swipe at the Justice Department.

Trump said, “What are they afraid of? Why so much redacting? Why such unequal ‘justice?’ At some point I will have no choice but to use the powers granted to the Presidency and get involved!”

The president didn’t specify the documents he says the DOJ won’t release. He also didn’t say which presidential powers he is referring to, though it could be anything from declassifying files to extracting documents sought by Congress to perhaps intervening in the Russia probe.

Last week, Trump said during an interview on “Fox and Friends” that he tries to “stay away” from the Justice Department’s affairs, “but at some point I won’t.” He suggested the DOJ hasn’t adequately scrutinized former FBI Director James Comey and others amid the focus on the Russia probe.

“Our Justice Department should be looking at that kind of stuff, not the nonsense of collusion with Russia. There is no collusion with me and Russia, and everyone knows that,” Trump said in the interview.

Trump’s tweet follows the House Freedom Caucus drafting articles of impeachment for Rosenstein as a “last resort” if the Justice Department continues “slow walking” its response to document requests.

“Despite his repeated promises to cooperate, Mr. Rosenstein’s supervision of the Department of Justice has been sorely inadequate,” North Carolina GOP Rep. Mark Meadows, the chairman of the House Freedom Caucus, said Tuesday. “Valid investigative requests from Congress have been slow-walked, stonewalled, and impeded at each step of the way under his watch.”

Rosenstein on Tuesday fired back at those lawmakers, saying the Justice Department is “not going to be extorted.”

“I can tell you there are people who have been making threats privately and publicly against me for quite some time and I think they should understand by now: The Department of Justice is not going to be extorted,” Rosenstein said at a Tuesday event. “We’re going to do what is required by the rule of law and any kind of threats that anybody makes are not going to affect the way we do our job.”

Also on Wednesday, the president decried the latest tactics in the special counsel’s Russia probe as a “setup & trap” after it emerged that Mueller suggested to Trump’s legal team that he could subpoena the president to appear before a grand jury if he refuses an interview with investigators.