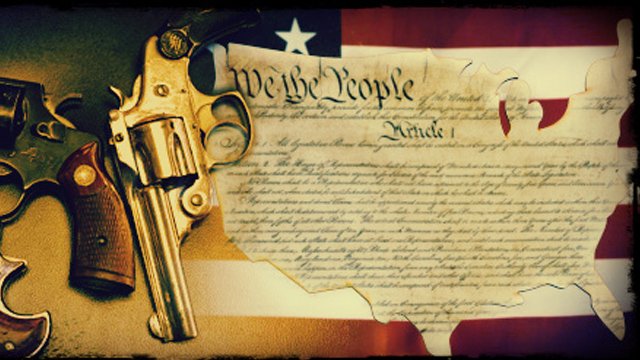 The House on June 9 voted to pass a bill put forward by Rep. Lucy McBath (D-Ga.), the latest in a series of gun control bills put forward by Democrats in the lower chamber.

Only one Democrat, Rep. Jared Golden (D-Maine), voted against it.

Five Republicans—Reps. Brian Fitzpatrick (R-Pa.), Anthony Gonzalez (R-Ohio), Chris Jacobs (R-N.Y.), Adam Kinzinger (R-Ill.), and Fred Upton (R-Mich)—defected from their party in support of the bill. Of the five, only Fitzpatrick is seeking reelection this year.

Red flag laws, already enacted by many states across the country, have long been controversial.

Generally, these types of laws allow someone to bring a claim to an emergency court hearing alleging that another person is mentally unwell and is a danger to themselves or others. If the court accepts the claim, the person targeted can be “flagged” and prevented from buying firearms and can have any firearms in their possession seized by police.

Proponents of this type of law say that it is a necessary way to ensure that potentially dangerous people do not possess firearms.

In a June 9 tweet, President Joe Biden called for the passage of the bill.

Critics say that these laws deny gun owners their Second Amendment rights without due process.

On the House floor, Greene expanded on her criticism of the bill.

“We don’t agree on much these days,” Greene began. “But I know there’s one thing we all agree on: we really like guns.”

“You see, we’re the special privileged elites,” she continued. “We’re the ones in this chamber being protected by guns while American people don’t have men and women outside their homes [protecting them].”

The bill will now head to the Senate, where it is all but doomed to fail.

On June 8, after a day of fierce debate, the House voted to pass the “Protecting Our Kids” Act, a package of gun control bills with little chance of success in the Senate.

The final vote on the bill in the Democrat-majority chamber was preceded by a series of motions to retain various sections of the legislation; each section was ultimately retained, and the House voted 223-204 to pass the legislation to the Senate. Five Republicans voted for the bill and two Democrats voted against it.

The House voted 228-199 to retain the title; 10 Republicans joined Democrats in supporting the measure; two Democrats voted against their party in electing to strike down the measure.

The legislation would also codify the Department of Justice’s controversial ban on bump stocks, a weapon modification that increases the fire rate of a semi-automatic firearm.

The House voted 233-194 to retain that title, including 13 Republican votes. No Democrats voted against it.

In addition, the bill would make it a federal crime to possess weapons that critics have pejoratively labeled “ghost guns”—a term usually describing homemade or 3D-printed weapons without a serial number.

The House voted 220-205 to retain the title, including three Republican votes in favor and two Democrat votes against the title.

Another title of the bill that bans high-capacity magazines was passed 220-207, with four Republicans voting for the measure and four Democrats voting against it.

In the Senate, negotiations continue between Sen. John Cornyn (R-Texas) and Sen. Chris Murphy (D-Conn.), who are working to reach a compromise acceptable to at least 60 members of the upper chamber.

Cornyn has indicated that negotiators will need at least another week to reach any such agreement, and the Senate has paid little attention to the goings-on in the House as they work to hammer out a compromise.