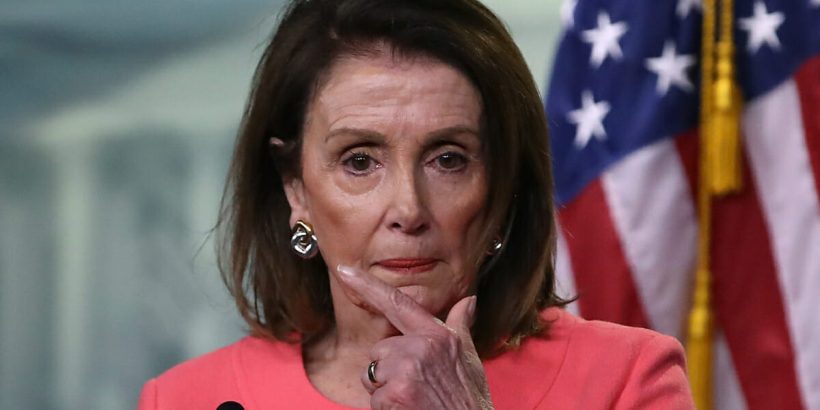 House Speaker Nancy Pelosi (D-CA) on Thursday said the Supreme Court Justices are protected and that “nobody is in danger” less than 48 hours after an assassination attempt on Justice Brett Kavanaugh.

House Democrats on Wednesday evening blocked a bill to provide more security for Supreme Court justices and their families.

“This passed unanimously in the Senate, yet Speaker Pelosi refuses to bring it up for a vote—despite today’s foiled plot to kill Justice Kavanaugh. Shameful.” GOP Leader Kevin McCarthy (CA) said on Wednesday.

Pelosi was confronted about it on Thursday and absurdly claimed the justices “are protected” during her weekly press briefing.

“The justices are protected! You saw the Attorney General even doubled down on that!” Pelosi said with her arms flailing.

A reporter pressed Pelosi, “But this is about security for the justices! An armed man showed up near Justice Kavanaugh’s house to try…”

Pelosi rambled on about supposedly working with the senate on the bill to provide more security to justices.

“Nobody was in danger over the weekend because of not having the bill,” Pelosi said as she walked away.