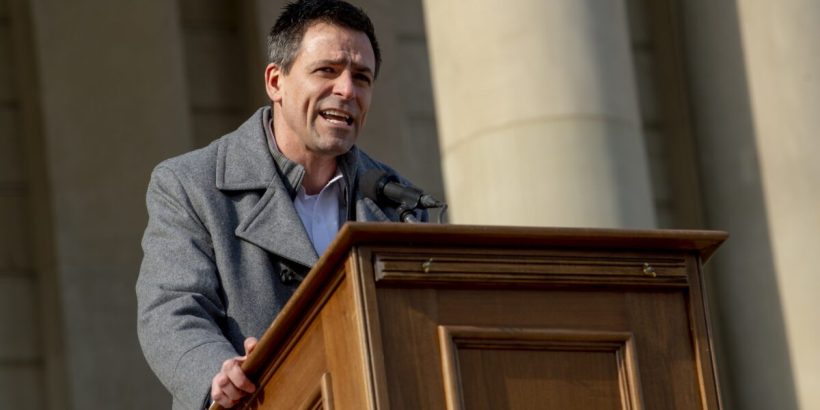 Michigan gubernatorial candidate Ryan Kelley was arrested Thursday and charged with participating in the Jan. 6 Capitol breach, according to federal prosecutors in a court filing in the U.S. District Court for the District of Columbia.

Kelley, a Republican, was taken into custody on four misdemeanor charges that stem from the Jan. 6 breach, prosecutors said in court documents filed Thursday. He’ll make his first court appearance Thursday, according to reports.

A criminal complaint by federal prosecutors noted that Kelley didn’t actually enter the Capitol building on Jan. 6, 2021. Instead, he is being charged with entering and remaining within a “restricted building or grounds without lawful authority,” disorderly conduct in a restricted building or grounds, knowingly engaging in an act of physical violence against a person or property on restricted grounds, and willfully injuring or committing any depredation against any property of the U.S.

It’s not clear if he has an attorney. There was no immediate comment from Kelley’s campaign, and The Epoch Times has contacted it for comment.

While prosecutors did not mention that Kelley is running for the governor’s seat, numerous media outlets have reported on his Jan. 6-related case and subsequent campaign over the past year and a half. Video footage and images also allegedly identified Kelley on restricted grounds at the Capitol.

“Based on the tips and information that had been provided, law enforcement took additional steps to review available media in which the individual alleged to be KELLEY appeared, in order to assemble a more complete record of that individual’s actions on January 6, 2021,” said prosecutors in a separate filing (pdf), adding that it also conducted a “review of publicly available images, videos, news article(sic), and other online resources.”

The arrest affidavit stipulated that several times, including one that came about a week after Jan. 6, were sent to the FBI with images and videos that allegedly showed he partook in the incident at the Capitol.

He was arrested in western Michigan and awaits a hearing in Grand Rapids, FBI Detroit spokeswoman Mara Schneider. Federal agents used a search warrant in the arrest, she told other outlets.

The arrest comes at a conspicuous time. The controversial Democrat-led House committee investigating the Jan. 6 Capitol incident is slated to hold a public hearing on Thursday evening that many corporate news outlets will likely broadcast.

Despite the planned House hearing, fewer and fewer Americans seem to care, according to an aggregate of polls from FiveThirtyEight, and a poll from NBC News, released this week, found that less than half of surveyed people believe former President Donald Trump bore the sole responsibility for the Jan. 6 breach.

Meanwhile, a Michigan poll conducted in May suggested that Kelley—a real estate agent—was leading the Republican primary race with 19 percent, followed by Kevin Rinke with 15 percent, Tudor Dixon with 9 percent, Garrett Soldano with 6 percent, and Ralph Rebandt with 1 percent.