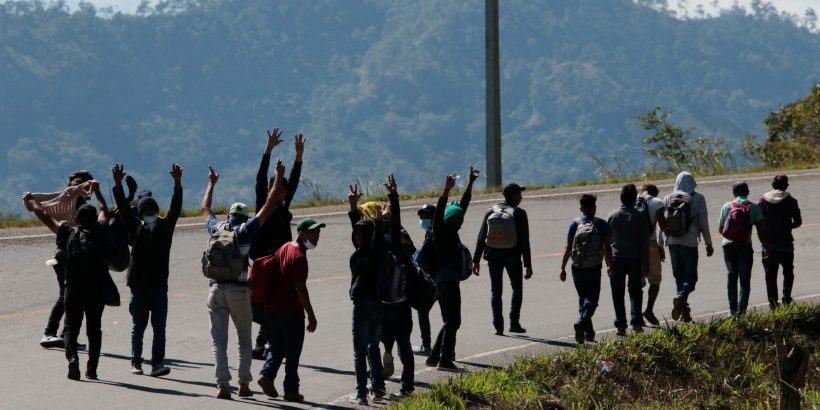 Rio Grande Valley Sector Chief Patrol Agent Brian Hastings reported that his sector at the Texas-Mexico border alone took into custody more than 15,000 illegal immigrants in one week, the most so far this year.

In the same sector, agents saw a 900% increase in those being detained who tested positive for the coronavirus.

“Even with the spread of the COVID-19 virus, human smugglers continue to try these brazen attempts with zero regard for the lives they endanger, nor to the health of the citizens of our great nation,” the RGV Border Patrol Sector said in a statement.

Hastings shared photos of one encounter on Twitter, stating that a human smuggler fled the scene, leaving 11 people in a moving vehicle, which according to the picture Hastings posted, appears to be stuck in the bushes after having been driven off the road.

In June, Border Patrol apprehended 188,829 people who illegally crossed the southwest border, including more than 15,000 unaccompanied minors, over 55,000 family units, and over 117,000 single adults. They also estimate another 51,000 people evaded capture.

The number of people being detained who have tested positive for COVID-19 in the Rio Grande Valley (RGV) Sector alone has increased by 900%.

In the first two weeks of July, 135 people being detained tested positive for COVID-19, a 900% increase in confirmed positive cases compared to the previous 14 months, Fox News reported.

The RGV sector, which apprehends roughly 2,000 people every day, accounts for 60% of detainees who have tested positive in all of Border Patrol custody.

Hastings told KURV 710 AM in McAllen, that more than 40 of his agents have already tested positive this fiscal year.

There are five Customs and Border Patrol sectors in Texas, with the Rio Grande sector covering the southern-most tip of Texas being the busiest. It has six stations located on the border, two stations that staff strategically placed traffic checkpoints and one coastal station responsible for backup of the checkpoints and marine operations in the Gulf of Mexico, Border Patrol said. Its agents patrol over 320 river miles, 250 coastal miles and 19 counties that span over 17,000 square miles.