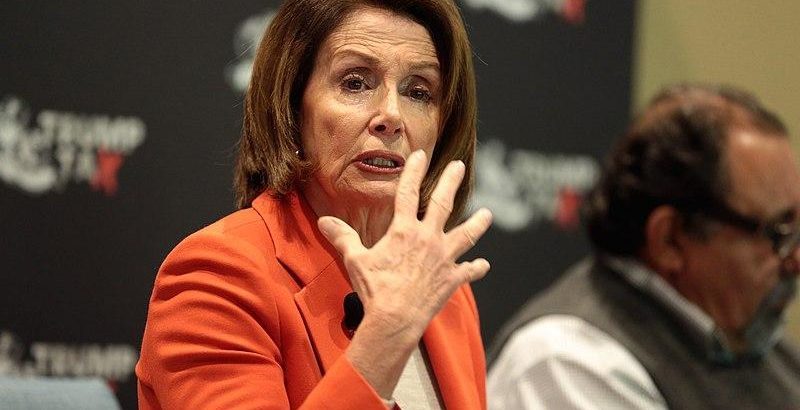 With Mike Huckabee, the humor never stops. Here is another of his short, fun reads.  Enjoy!

House Speaker Nancy Pelosi is so used to being in DC and San Francisco, surrounded by sycophantic liberals, she needed a wake-up call that not everyone says amen to her Trump-bashing, pro-impeachment rhetoric, and many of us are fed up with her pious, hushed-tone, melodramatic claims to be protecting the Constitution when she’s actually shredding it in the name of raw politics.  Well, she got a reminder of that Friday in Greenville, South Carolina, when she arrived at a Democratic fundraiser and was greeted by hundreds of Trump supporters in MAGA caps, chanting, “Impeach Pelosi!”

(Incidentally, there is some question as to whether a legislator can be impeached. Also, what the evidence would be for impeaching Pelosi.  On the other hand, the Democrats aren’t letting a lack of evidence stop them from trying to impeach Trump.  Also, I’ve seen precious little evidence that Pelosi and her caucus are even legislators.  So maybe the best solution short of their voters coming to their senses and replacing them would be to insure that their leader is sent back to the Minor Leagues in 2020.)

As for whether the demonstration will have any effect on Pelosi’s decisions, that’s doubtful. She had no problem with blithely breezing past an angry crowd of protesters to force Obamacare down our throats, and Trump’s impeachment is just another thing Democrats want to pass first then figure out what’s in it later.  Speaker Pelosi is about as disconnected from the lives, values, opinions and needs of the average working person as Marie “Let them eat cake” Antoinette.  She might think that she can govern against the public’s will and force impeachment on us with no consequences, but both the 18th century French aristocrats and Obamacare provide a good history lesson in how well that works out in the long run.