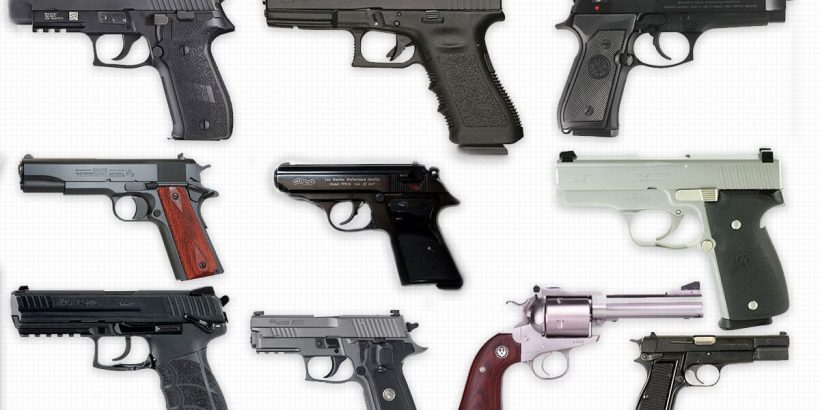 Iowa Gov. Kim Reynolds signed legislation into law on Friday lifting some restrictions to buy or carry a handgun in the state for law-abiding citizens.

The NRA-backed legislation named “House File 756” will take effect on July 1 and eliminates the requirement for law-abiding Iowans to obtain a permit to purchase a handgun from private non-licensed sources. Additionally, to carry a weapon, people will no longer need to have a permit as well.

Individuals will still have to follow federal law and go through an instant background check to buy from licensed sellers each time they purchase a gun.

People who fail to commit to the new law will be charged with a Class D felony, which is punishable by up to five years in prison. It will become a felony if a person sells, rents, or loans a firearm to someone the seller “knows or reasonably should know” isn’t legally allowed to get a gun or is intoxicated.

“Today I signed legislation that protects the 2nd Amendment rights of Iowa’s law-abiding citizens while still preventing the sale of firearms to criminals and other dangerous individuals,” Reynolds said in a statement after signing the bill.

“This law also takes greater steps to inform law enforcement about an individual’s mental illness helping ensure firearms don’t end up in the wrong hands,” she added. “We will never be able to outlaw or prevent every single bad actor from getting a gun, but what we can do is ensure law-abiding citizens have full access to their constitutional rights while keeping Iowans safe.”

The new law has been supported by the National Rifle Association (NRA), which applauded the governor for signing the bill allowing law-abiding adults to carry a concealed firearm without first asking the government’s permission for a permit.

On March 22, House File 756 passed 60–37, with all Republicans voting for it, along with Democrat state Rep. Wes Breckenridge. Republicans have a majority in the Senate and previously passed a similar piece of legislation through a committee.

Iowa now becomes one of 19 states in the U.S. that no longer requires law-abiding citizens to get a permit before carrying a gun for self-defense.

Democrats have opposed the bill, saying the reversal is dangerous and a “reckless disregard for the safety and well-being of Iowans.”

“Our communities aren’t safer when criminals can legally purchase a handgun without a background check,” Iowa Democratic Party Chair Representative Ross Wilburn said in a statement in reaction to Reynolds signing the bill.

“Background checks are wildly popular, even among gun owners, as a common-sense way to keep people safe,” he said. “Legislation like this serves no purpose other than appeasing the gun industry and its powerful lobbyists.”