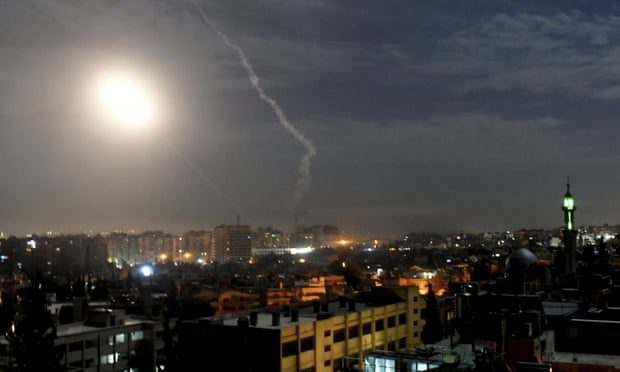 Israeli aircraft have struck Syrian army targets after rockets were fired at the occupied Golan Heights, the Israeli military says.

Israel seized the Golan from Syria in 1967 and later in effect annexed it, in a move not recognized internationally.

Prime Minister Benjamin Netanyahu has said Israel “would not tolerate” any firing into its territory.

In a tweet, the Israel Defense Forces (IDF) gave details of the latest strike – which targeted Syrian positions in the Mount Hermon area, which borders the Golan Heights.

A spokeswoman for the Israeli military said it was unclear who had fired the rockets but added that the Syrian army was responsible for attacks launched from the territory it controls.

On Monday, IDF said it had attacked a Syrian anti-aircraft system that fired on one of its warplanes. Syrian state media said one soldier had been killed in that incident. 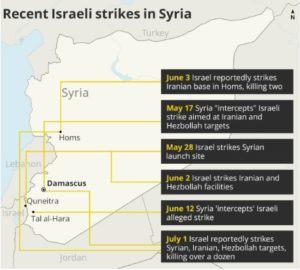 What are the Golan Heights?

Israel seized most of the Golan from Syria in the closing stages of the 1967 Middle East war, and thwarted a Syrian attempt to retake the region during the 1973 war.

The two countries agreed a disengagement plan the following year that involved the creation of a 70km-long (44-mile) demilitarised zone patrolled by a United Nations observer force. But they remained technically in a state of war. 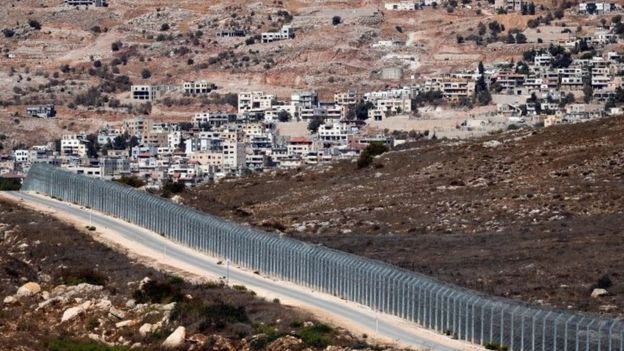 In 1981, Israel’s parliament passed legislation applying Israeli “law, jurisdiction, and administration” to the Golan. But the international community did not recognise the move and maintained that the Golan was occupied Syrian territory. UN Security Council Resolution 497 declared the Israeli decision “null and void and without international legal effect”.

Three years ago, under then-President Barack Obama, the US voted in favour of a Security Council statement expressing deep concern that Mr Netanyahu had declared Israel would never relinquish the Golan.

In March, President Donald Trump officially recognised Israeli sovereignty over the area, overturning decades of US policy. In response, Syria has vowed to recover the area “through all available means”.

Syria has always insisted that it will not agree a peace deal with Israel unless it withdraws from the whole of the Golan. The last US-brokered direct peace talks broke down in 2000, while Turkey mediated in indirect talks in 2008.

There are more than 30 Israeli settlements in the Golan, which are home to an estimated 20,000 people. The settlements are considered illegal under international law, although Israel disputes this.

The settlers live alongside some 20,000 Syrians, most of them Druze Arabs, who did not flee when the Golan was captured.