The US Air Force has deployed a contingent of F-22 stealth fighters to an airbase in Qatar, to “defend American forces and interests” in the region as tensions with Iran remain high.

The US Air Force’s Central Command confirmed the deployment of the jets to Qatar’s al-Udeid air base on Friday, posting photos of some of the planes arriving in the desert base this week. 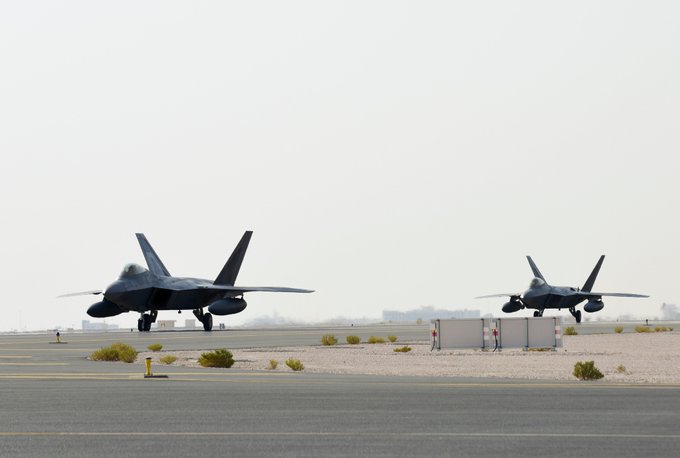 The deployment comes after President Trump threatened Iran with “overwhelming force” and “obliteration,” following Iran’s downing of a US Navy drone a week ago. The Trump administration also sanctioned Iran’s Supreme Leader Ayatollah Khamenei, a move Tehran said closed off the possibility of negotiation, and which President Hassan Rouhani called “mentally retarded.”

Despite the sharp uptick in belligerent rhetoric, the F-22s were requested by Central Command – the US military command that oversees the Middle East – in May, AP reported. As US officials warned of an unspecified but “credible threat” from Iran, the Trump administration deployed an aircraft carrier and bombers to the region in May, following these up with an additional 1,000 ground troops earlier this month.

The US, meanwhile, promised to escalate its hardline economic policy against the Islamic Republic, threatening to sanction any country found to be importing Iranian oil.