The Very Heart Of America Is Being Destroyed. Who Can Breathe Life Back Into Her? 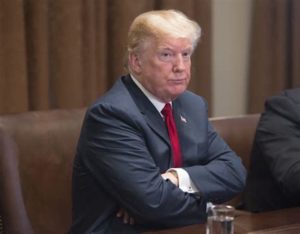 Why doesn’t President Trump just jump in and rescue America from tyrannical governors and mayors who are clearly squashing our very souls?  Why didn’t he send troops into Seattle or New York City before officials defunded the police and murders took place?  Why isn’t he blocking the release of thousands and thousands of hardened criminals being let out into our own neighborhoods?

Our elected officials are killing the very heart of America and it appears Trump is just standing back, letting it all happen.  Is it because he is a really bad leader? Some think so.

Before jumping to conclusions, it is very important to note something.

The Deep State (DS) thought Trump would bulldoze his way in to fix everything but this is not how he operates.  He believes the power lies not in the government, but in the people. When the people are shown the real plan, the 16-year plan to destroy America, only then will we muster enough strength to unite. When we are at the end of our rope, when we have had enough, change will occur; just like in the Dream Works movie, ‘Antz.’ 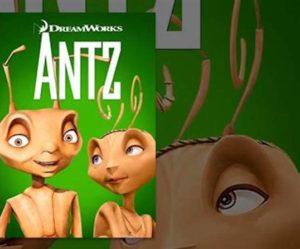 In schools and colleges, they have indoctrinated children  and young people. The media, for years, has been feeding the same narratives of racism, wars, climate change and political divide. Reversing a brainwashed mind takes an incredible amount of open-mindedness and facts. We who are already awake have control over only one of these. Arm up with facts, Patriots. It’s time to unleash the beast!

Trump signed an EO requiring hospitals to send their COVID data, in addition to the CDC, to the White House for analyzation. He knows their numbers have been skewed due to next-to-zero accountability so he has changed that. Truth-transparency is the only way forward. We must have facts, know how to gather them, and log them correctly.

Those who were lying about COVID data ought to be prosecuted as well as those instructing them to lie. Our lives have been altered due to fake numbers. Someone must pay!

When a politician ignores the desires of We-The-People, they lose endorsements. So, it comes as no surprise for Joe Biden to lose the endorsement of the National Association Of Police Officers. They have now endorsed President Trump’s 2020 election.

Some politicians, celebrities and billionaires’ Twitter accounts were hacked. The common theme was a Bitcoin scam claiming if viewers donated, these wealthy people would match their donations. All of this was recognized, but not before thousands donated. Twitter actually blamed the breach as an inside job. If this was the case, why are there some like Don Jr. and Jim Jordan still locked out of their Twitter accounts? Is this election-related?

California is set to release 18,000 prisoners. Are we safer because our jails are empty? This is what we are being told.  These corrupt official’s twisted thinking leads us to believe they have a large false flag planned. Be watchful!

The plan of the DS must be exposed to the public. Their plan was to abolish our constitutional rights. Their plan was to erase history and change our future. Trump screwed everything up by being elected! Now, the only weapon the DS has left is to take their plan to the next level.

The police were all going to be removed. Since Trump, the DS is in a last-ditch effort to win this November. We are seeing their plan unfold.

The very heart of America is being destroyed. Who can breath life back into her?

Their 16-year plan is to destroy America. We The People are seeing it, are feeling it and are experiencing.  We are rising up saying, “ENOUGH!” 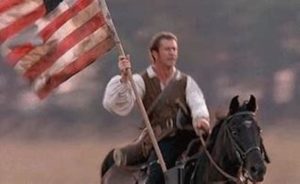 It is said, President Trump is the greatest president our country has ever had. Unlike other politicians, he has never made empty promises he did not intend to keep. Before COVID, he helped build our economy to be the strongest it had ever been.  He truly was giving America back to the people. If he brought it back once, he will do it again.

Who can breath life back into America? We can, we will, we are! America IS worth fighting for!