Trump Has The Edge On Biden With Major Endorsements 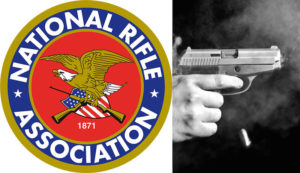 Two major endorsements occurred this week for President Trump: The National Association of Police Officers and the National Rifle Association (NRA). Trump has been outspoken in support of our 2nd Amendment right to take up and bear arms. He loves our country and loves the U.S. Constitution. He knows when people take away the rights of Americans, they will fight back. The Left just lost more votes.

Kanye West decided he would run for President against Donald Trump in the GOP. 11 days later, he stepped out of the race. Now we learn the $35,000 entry fee and required paper work to run for president has been submitted. Is this a publicity stunt to sell an upcoming album? Could this be a projected effort to shift black votes to Trump? Right now, it’s anybody’s guess!

Good investigators do not allow their findings to be leaked. We know Adam Schiff is panicking when he says things like,  Barr is destructive and terrible. Destructive and terrible because Barr wants to root out truth? Obviously, the DS wants to know what Barr’s and Durham’s findings are, and are hoping Congress probes to breach the DOJ’s silence. This says the DS has no idea whats going on and they cannot handle it.

Ruth Bader Ginsburg has cancer of the liver, has been undergoing treatment and seems to be doing well enough to fulfill her duties as a Supreme Court Justice. Who are the doctors treating RBG? Check out Post 2653. It asks, ‘What ‘off-market’ drugs are being provided to her? What is her ‘real’ medical diagnosis?’  Remember, we are taught to do the research upon questions provided. The answers will come soon. The clock is ticking.

Even before Trump ran for president, he knew of Epstein’s crimes. He knew Prince Andrew was involved. So, when he won the presidency one of the very first orders of business was to create a task force to combat and expose crimes against humanity. Everyone who is involved with those crimes never thought she would lose. They always thought they would be protected and now they’re not. They know Trump knows everything and he has power to take them down. This is why they delete their emails, tweets and other means of exposure. The cover-up always gives you away.

Antonio Sabato, Jr. is a patriot, a politician and an actor. He tweeted about a plan to create a conservative movie studio for Patriots to work on projects that mainstream Hollywood would never do. ‘No more blacklisting and no more injustice from the socialist’s elites.’  Now, this is a breath of fresh air!

Manipulation with numbers has been a common occurrence with the test results hospitals sent to the state offices. Because of this, Trump signed an EO stating the hospitals are to directly report their COVID numbers to the White House. He knows the game they have been playing and he put a stop to it! This is what the DS has been doing; bloviating COVID numbers!

Anti-body tests could mean being infected with the virus from same corona family also called, the common cold. The test results are the same and they may simply have a cold. The graph charts from the CDC are saying the death rates have plummeted but for some reason, that is not the focus. During a ‘pandemic,’ one must ask, ‘Why isn’t it?’

If we hear there is a new outbreak of COVID due to Trump’s 4th of July Rally, it’s fake news. South Dakota’s Governor Kristi Noem, countered by saying there were no new cases nor any new outbreaks following the celebration.

What once was a conspiracy, is now becoming true. The media’s ‘truths’ are now becoming conspiracies.  As more evidence comes out, and once the people learn they have all been bamboozled into believing the pandemic was real, in anger they will join with The Patriots. This is what people are realizing now and it is hitting hard! When truth, facts and evidence all come out, the DS is ruined. America is waking up!

The words of Mark Twain are powerful.