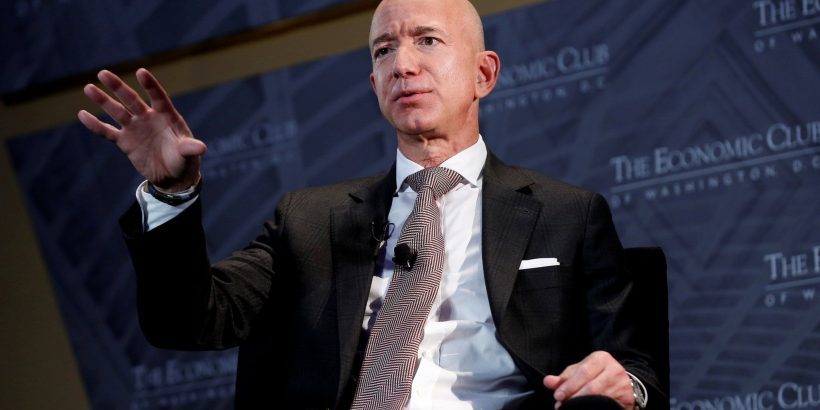 Andy Jassy, the chief executive of Amazon Web Services, will take over as CEO of Amazon.

Jeff Bezos said Tuesday that he will step down as chief executive of Amazon, leaving the helm of the company he founded 27 years ago.

Bezos will transition to the role of executive chair in the third quarter of this year, which starts July 1, the company said. Andy Jassy, the chief executive of Amazon Web Services, will take over as CEO of Amazon.

In a memo to employees, Bezos said the transition will give him “the time and energy I need to focus on the Day 1 Fund, the Bezos Earth Fund, Blue Origin, The Washington Post, and my other passions.”

The announcement set off alarm bells on Wall Street and throughout the business community, though the transition does not necessarily portend any significant change to Amazon’s business. Amazon reported a year of record growth on Tuesday, including a 38 percent increase in net sales from 2019, netting the company $21 billion in income, nearly double from the year before. Investors didn’t seem fazed by the news, either. Amazon’s share price was up about 1.5 percent following the announcement.

It remains to be seen how active Bezos will be in Amazon’s business in his new role. Several major tech executives have stepped down as CEO and remained intimately involved in their companies’ business, including Larry Ellison at Oracle and Bill Gates at Microsoft. Bezos remains one of Amazon’s biggest shareholders.

In Jassy, Bezos is tapping a longtime Amazon employee who joined in 1997 and built the company’s cloud services business, which started as a small addition to its e-commerce operations but has grown in recent years to account for roughly 60 percent of operating profit and has become one of the leaders of the cloud computing industry.

The move is a major turning point in one of the most successful entrepreneurial runs in American history. Bezos founded Amazon in 1994 as an online bookstore, survived the dot-com bubble in the early 2000s, and built the company into one of the largest employers in the U.S. with a network of facilities touching almost every part of the country. Bezos is one of the world’s richest people, having recently been edged out of the top spot by Tesla CEO Elon Musk.

“The question I was asked most frequently at that time was, ‘What’s the internet?,'” Bezos said in the employee memo about the early days of Amazon. “Blessedly, I haven’t had to explain that in a long while.”

Amazon’s success moved it quickly from a quirky internet upstart into one of the most watched — and scrutinized — companies in the country. Amazon’s size and business practices have raised antitrust questions from both U.S. and European Union regulators about how it has used its dominance to edge out competitors. Bezos was called before the House Judiciary Committee last year where he faced questions about the company’s competitive practices, including accusations of pricing out competitors on its platform and using third-party seller data to inform the sale of its own products.

In addition to dedicating time to his space exploration company Blue Origin and The Washington Post, Bezos said he plans to focus on his philanthropic efforts including the Day 1 Fund and the Bezos Earth Fund, which are focused on helping homeless families and starting preschools in low-income communities and climate change, respectively.

“I’m super passionate about the impact I think these organizations can have,” he wrote in his note to employees.

In an interview with NBC News this week, outgoing Washington Post executive editor Marty Baron commended Bezos for his ownership of the paper.

“It’s not just money, it’s not financial capital,” Baron said. “It’s intellectual capital. He’s someone who understands consumer business and consumer behavior. That is really important to us.”

Bezos has faced some accusations that he has been slow to share his fortune. MacKenzie Scott, the philanthropist and author who divorced Bezos in 2019, has given away more than $6 billion in the past year. As part of the divorce, Scott received a 4 percent stake in Amazon.

Bezos’ move sparked reaction from many of his fellow tech chiefs, including Google CEO Sundar Pichai.