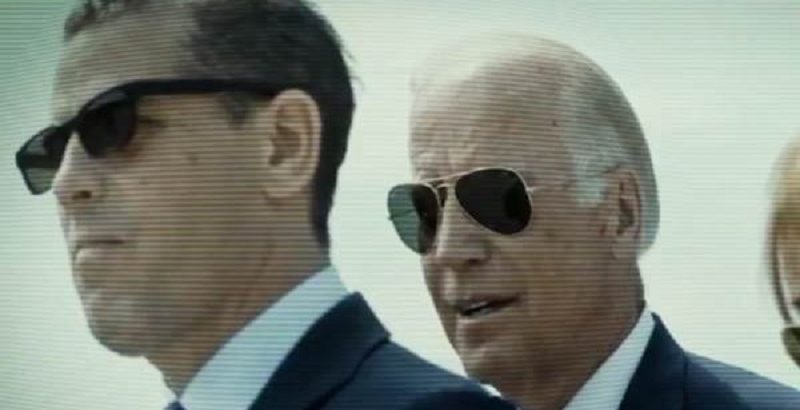 Joe Biden bragged about getting Viktor Shokin fired during a 2018 speech to the Council on Foreign Relations.

The media immediately covered for Biden and said his targeting of Mr. Shokin was totally unrelated to the prosecutor’s corruption investigation into Hunter and Burisma Holdings.

During that February 2016 contact, a U.S. representative for Burisma Holdings sought a meeting with Undersecretary of State Catherine A. Novelli to discuss ending the corruption allegations against the Ukrainian firm where Hunter Biden worked as a board member, according to memos obtained under a Freedom of Information Act lawsuit. (I filed that suit this summer with the help of the public interest law firm the Southeastern Legal Foundation.)

Just three weeks before Burisma’s overture to State, Ukrainian authorities raided the home of the oligarch who owned the gas firm and employed Hunter Biden, a signal the long-running corruption probe was escalating in the middle of the U.S. presidential election.

Hunter Biden’s name, in fact, was specifically invoked by the Burisma representative as a reason the State Department should help, according to a series of email exchanges among U.S. officials trying to arrange the meeting. The subject line for the email exchanges read simply “Burisma.”

“Per our conversation, Karen Tramontano of Blue Star Strategies requested a meeting to discuss with U/S Novelli USG remarks alleging Burisma (Ukrainian energy company) of corruption,” a Feb. 24, 2016, email between State officials read. “She noted that two high profile U.S. citizens are affiliated with the company (including Hunter Biden as a board member).

“Tramontano would like to talk with U/S Novelli about getting a better understanding of how the U.S. came to the determination that the company is corrupt,” the email added. “According to Tramontano there is no evidence of corruption, has been no hearing or process, and evidence to the contrary has not been considered.”

The emails show Tramontano was scheduled to meet Novelli on March 1, 2016, and that State Department officials were scrambling to get answers ahead of time from the U.S. embassy in Kiev.

The records don’t show whether the meeting actually took place. The FOIA lawsuit is ongoing and State officials are slated to produce additional records in the months ahead.

Hunter Biden by some accounts was being paid over $200,000 a month sitting on the board of Burisma Holdings despite the fact that he had no experience in the field.

As soon as a corruption probe was opened, daddy VP Biden came to the rescue and got the Ukrainian prosecutor fired.

According to the newly released records, Hunter Biden’s fellow American board member on Burisma, Devon Archer successfully secured a meeting with then-Secretary of State John Kerry on March 2,2016.

“Devon Archer coming to see S today at 3pm – need someone to meet/greet him at C Street,” an email from Kerry’s office manager reads.

Hunter Biden maintains that he did nothing wrong but conceded in an interview with Good Morning America that working at Burisma was “poor judgment.”

Meanwhile, Joe Biden denies there was any corruption and dismisses the handful of reporters who have confronted him about his son’s foreign dealings as ‘conspiracy theorists.’