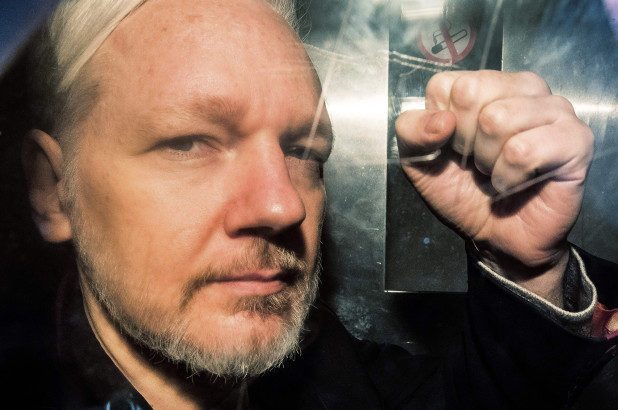 UK minister signs off on US request to extradite Julian Assange

The UK’s interior minister has certified an extradition order that would send Julian Assange to the US on espionage charges — but the final decision on the embattled WikiLeaks founder rests with the courts.

British Home Secretary Sajid Javid told the BBC on Thursday that he has signed the order and that the courts will decide whether Assange must face charges in the US.

Assange, 47, who is serving a 50-week sentence in London’s Belmarsh Prison for jumping bail in Britain, is scheduled to face an extradition hearing Friday on the US request. A decision is likely months away.

“I’m very pleased that the police were finally able to apprehend him and now he’s rightly behind bars because he broke UK law,” Javid told BBC radio.

“There’s an extradition request from the US that is before the courts tomorrow, but yesterday I … certified it,” he added. “I want to see justice done at all times and we’ve got a legitimate extradition request, so I’ve signed it, but the … decision is now with the courts.”

The Australian former computer hacker, who was too ill to take part in a recent hearing, is expected to participate in Friday’s proceeding via video link.

The US plan to prosecute him for espionage has raised free speech issues. Assange claims he is a journalist shielded by the First Amendment.

The “first real confrontation of arguments” in court will not be for several weeks or months, WikiLeaks editor Kristinn Hrafnsson said, according to Agence France-Presse.

Assange had been sheltering in Ecuador’s embassy in London for seven years until he was arrested April 11 when Ecuador finally withdrew his asylum.

The US has accused him of violating the US Espionage Act by publishing military and diplomatic files in 2010.

Assange faces 18 counts, including charges under the US Espionage Act for encouraging, receiving and publishing national defense information in concert with ex-Army intelligence analyst Chelsea Manning.

The charges reject his claim that he was simply a publisher receiving leaked material, which would be protected under the First Amendment.