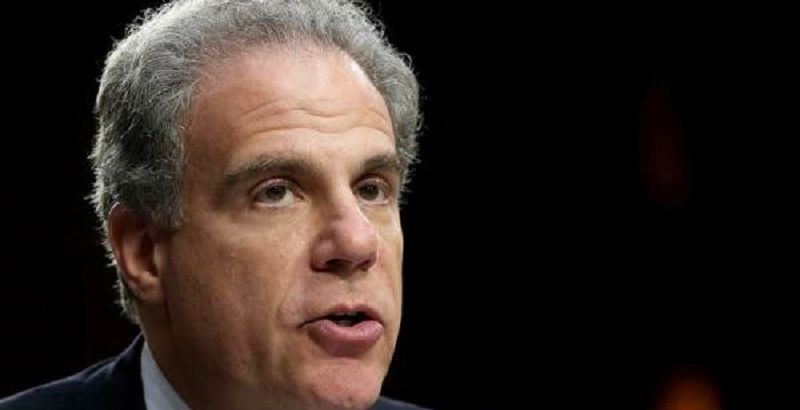 DOJ Inspector General Michael Horowitz is set to publicly testify to the Senate Judiciary Committee on December 11 about his investigation into FISA abuse.

Senate Judiciary Chairman Lindsey Graham (R-SC) announced on Monday that Horowitz will discuss the findings of his investigation into DOJ and FBI’s conduct.

“I appreciate all the hard work by Mr. Horowitz and his team regarding the Carter Page FISA warrant application and the counterintelligence investigation of the Trump campaign,” Graham said.

“Mr. Horowitz will be appearing before the Senate Judiciary Committee on December 11, where he will deliver a detailed report of what he found regarding his investigation, along with recommendations as to how to make our judicial and investigative systems better,” Graham added. “I look forward to hearing from him. He is a good man that has served our nation well.”

Horowitz is expected to release his much-anticipated FISA abuse report before Thanksgiving and it is expected to contain several criminal referrals, reported investigative journalist Sara Carter.

Horowitz has been working on a report documenting the FISA [Foreign Intelligence Surveillance Act] abuses by Obama’s corrupt DOJ and FBI during the 2016 election targeting Donald Trump.

Horowitz’s report is also expected to reveal what TGP has reported on many times — that the FBI knew dossier author Christopher Steele (who was also used by the FBI as a CHS) was leaking to the media, but then used those leaked media reports as ‘evidence’ in their FISA warrant applications — this is known as circular intelligence reporting.

In other words, the FBI used its own leaked false information as ‘evidence’ to justify obtaining FISA warrants on Carter Page rather than independent intelligence gathered from other credible sources.

According to Sara Carter, Horowitz’s report will also contain evidence that the FBI treated Hillary Clinton’s campaign differently than Donald Trump’s camp. It will confirm reports that Hillary Clinton received a debriefing from the FBI on foreign attempts to infiltrate her camp, something the FBI never offered the Trump camp.

Michael Horowitz does not have the power to indict anyone, he can only criminally refer people for prosecution.