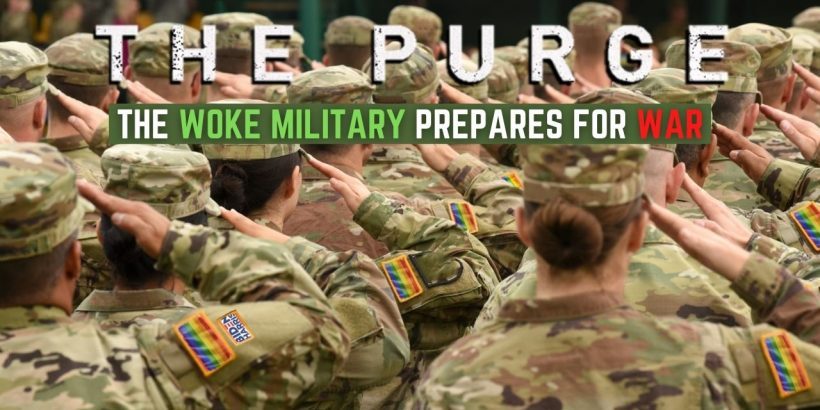 America First Legal (AFL), a group led by former Trump adviser Stephen Miller, requested records from the Pentagon as part of efforts to determine whether the department was monitoring and targeting certain service members based on their political ideology.

The group on Friday sent a Freedom of Information Act request asking the department to release records relating to “policies or plans to monitor or survey the social media accounts of uniformed service members, contractors, and/or civilian employees.” It also asks for information on any pilot programs, working groups, or steering committees developed or tasked to do the same.

In its letter, the group said that its request stems from concerns of “multiple and facially credible reports of ‘anti-conservative purges’ within DOD.” It cited the Space Force’s recent move to relieve Lt. Col. Matthew Lohmeier over allegations that he was “politically partisan” when he denounced the spread of Marxism in the military.

Lohmeier was relieved of command of the 11th Space Warning Squadron over “public comments” in an interview the department deemed to be “partisan political activity.”

The comments, which were made in a podcast, warned about the spread of Marxist ideology within the military and the detrimental consequences of Defense Secretary Lloyd Austin’s agenda to push critical race theory.

The group alleges that the department may be “weaponizing” an instruction related to the handling of dissident and protest activities of service members to target political conservatives and Christian members of the military.

“It appears hyper-partisan civilians may be weaponizing this Instruction to facilitate deeply racist and offensive ‘Critical Race Theory’ principles, to undermine the military’s traditional apolitical role, and to support an ‘ideological cleansing’ of political conservatives and believing Christians from the military,” the group alleged in their letter.

The Pentagon did not immediately respond to The Epoch Times’ request for comment.

It is also asking for information related to “the continuous monitoring or surveillance of any military personnel for ‘extremist material’ or ‘extremism.’”

Miller said in a statement that his group’s actions seek to stop “the infiltration of woke politics and leftist political agendas into our military.”

“Such intrusions not only threaten military readiness but also demean and denigrate our courageous warriors,” he said. “The duty of the administration is to support our brave warfighters and ensure the military’s unquestioned status as the most dominant, powerful, overwhelming and lethal fighting force in the world—one that forever strikes mortal fear into the hearts of our enemies.”

“Trying to use the military as a vehicle for social engineering, woke politics, or political agendas is antithetical to the military’s mission, unit cohesion, and the role of the armed forces in our constitutional republic,” he added.

Critical race theory, which is rooted in Marxism, has been heavily promulgated throughout academia, entertainment, government, schools, and the workplace in recent years, coming to new prominence following the rise of far-left groups such as Antifa and Black Lives Matter. Some employers have included concepts from the doctrine—which some claim teaches that the United States is a fundamentally racist country and that one race is inherently superior to another—in their “racial and cultural sensitivity” training.

The Pentagon earlier in the year ordered an “extremism stand down” to address concerns about extremism in the ranks of the U.S. armed forces.

In a recent interview with Newsmax, Lohmeier said all service members were asked to watch a video with content based on The New York Times’ 1619 project, which he says “insists that our country is evil.”

“And I reject the premise or the basis of all of our diversity and inclusion training and I’m not opposed to diversity or inclusion, although it depends on how we define terms,” Lohmeier said.

“The premise or basis of all of that should be the foundational ideals that we have codified in the Declaration of Independence and the Constitution, not critical race theory, which makes race the view or the lens through which the entire world is interpreted. And so these videos that we’ve had to watch here at our base teach us just that.”

He also denied accusations that he was politically partisan when discussing the contents of his self-published book that exposes what he said was Marxist ideology within the force.