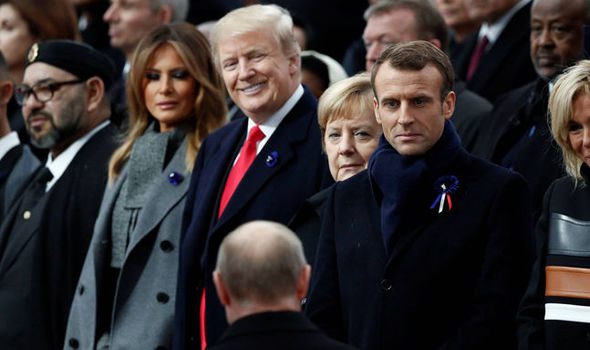 Some of us are amused when people call Trump Stupid…

Are they talking about the multi-billionaire who kicked every Democrat’s behind, buried 16 career Republican politicians, and continues to make fools out of once reputable news organizations??? …

Are you sure you understand what the word, “Stupid” means?

It amazes us, that you don’t see anything wrong with someone who has a 40 yr career as a public servant living in a $4.5 mansion representing a district she doesn’t even live in!

It amazes us, you see nothing wrong or peculiar about Hillary Clinton, a woman involved in politics for the last 30 years, and has a net worth of $240 million!

It appears your opinion is based on hatred spewed by a “crooked and paid off” media platform.

Are you sure it isn’t you who falls into that “sheep” category?

Do you have a clue about anything you mindlessly spew?

Out of curiosity, could you tell us five things the Democratic Party has done… to improve the day-to-day prosperity of hard working American citizens?

How about three things? two things? ONE thing?

Do you realize the life of chaos you are sending your children into, once they become adults by continuing to support a political party that has done nothing for the poor… except kept them poor, gave them free abortions, and a few hundred a month to keep food in their fridge?

The prosperity and safety of its citizens, is the job of our government.  The job “We the People” have hired them to do.

Your party has horribly failed you!
Open your eyes for the sake of your children!

If the Democrat Party has their way… we will have a country full of illegal immigrants, Muslims who want us dead, abortions, $14 an hour jobs that businesses can’t sustain for minimally trained workers..

Rosie, Madonna, Katy Perry, and Robert Deniro are not just like you and me. They don’t have to live through the real world of day to day disparity of an average American.

Be about your prosperity, your safety, and your children.

Have an America First mindset.

Dump crooked politicians that have stunted you and your children’s growth.

Toughen up, take a stand, and act like a proud American.

(If you need help, watch some of the Houston rescue footage, and see the love, compassion, and American spirit of Texas citizens, which voted Trump in by a landslide. The citizen who take action themselves of being a good neighbor.)

See the spirit of Trump supporting and freedom loving Americans, and just imagine where we could be as a country if everyone was on board.”