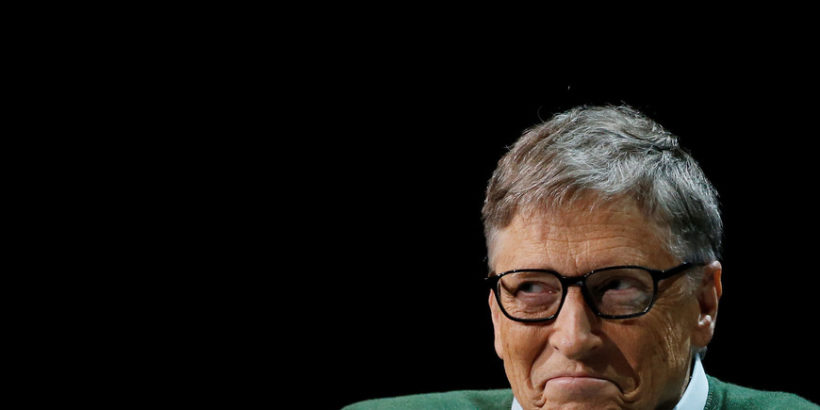 NWO Bill Gates is attempting to control the narrative, and thereby control you and me – our health, our lives.

This is not a “conspiracy theory”, but a well-organized written-out plan. See Agenda 21 and Agenda 2030.

If you need to associate a face with the NWO, Bill Gates would be it.  He’s not the philanthropist the media wants you to think, but a NWO mover and shaker with money and power driving him.  Ask yourself, what is he doing and why is he doing it?

He is in direct opposition to President Trump and the Plan of the Patriots.  Why?

They (the NWO) first create a problem and then seize it and attempt to sell us on their “solution to the problem”.  Step by step, they slowly present their plan as a way to acclimate us into accepting it.  BUT. Follow the money. Follow the control tactics. Think logically.  Eyes wide open. What is behind it?  The New World Order.

Life in the U.S. will not return to “normal” until a coronavirus vaccine is “gotten out to basically the entire world,” billionaire Bill Gates told “Fox News Sunday.”

“We will eventually get a vaccine. Even before then, if we do the right things, we’ll be able to open up significant parts of the economy,” Gates said.

The U.S. will have to pay “a huge economic price” to get the coronavirus pandemic under control and is not testing the right people “to understand what is going on.”

“I do think if we get testing fixed, get all 50 states involved we’ll be below [death projections],” Gates said. “Of course, we’ll pay a huge economic price in order to achieve that.”

Gates said the number of people being tested is not as important as testing essential workers and getting results in less than 24 hours.

He predicted that if enough Americans quarantine themselves, virus cases could begin to stop rising around the end of April. The U.S. can look at “some degree of opening back up” after the numbers start to go down with nationwide testing.

Gates, known for his philanthropic efforts, has contributed a significant amount of cash to COVID-19 relief.

His charity, the Bill & Melinda Gates Foundation, has been intertwined with the fight against infectious diseases after helping found the Coalition for Epidemic Preparedness and Innovation (CEPI) in 2016.

Last week, Gates detailed a three-step plan in a Washington Post op-ed for the U.S. to beat the novel coronavirus outbreak.

Gates, who foresaw the kind of devastation a pandemic could bring if world leaders didn’t prepare five years ago, has been using his platform to raise awareness about coronavirus and has donated $100 million to relief efforts through his charity.