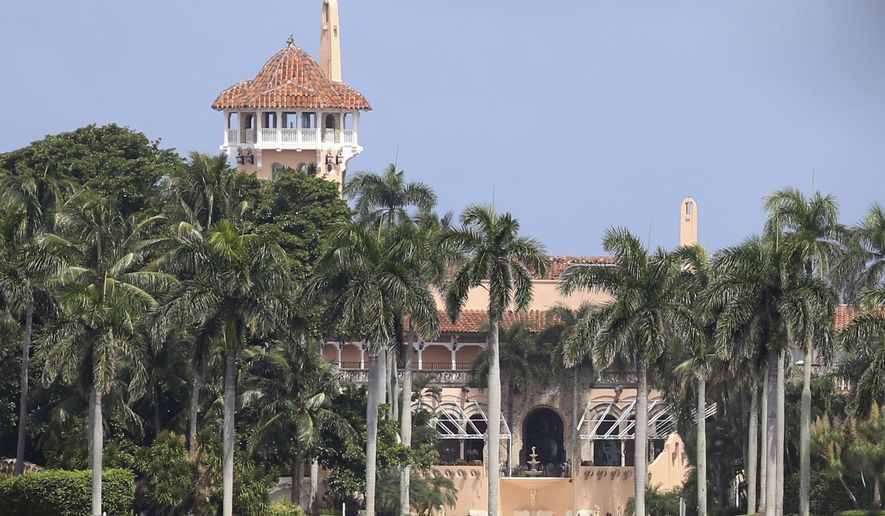 In a statement sent shortly before 7 p.m. EDT, Mr. Trump said his home “is currently under siege, raided and occupied by a large group of FBI agents.”

He didn’t elaborate on why, but said the raid is the kind of thing that “could only take place in broken, Third-World countries.”

Numerous reports from the Jan. 6 special committee have made clear that some sort of probe is closing in on Mr. Trump‘s inner circle and Mr. Trump himself.

No former U.S. president has ever been indicted. Even Richard Nixon, who resigned as the Watergate probe closed in on him, did not face any criminal charges, but was pardoned by Gerald Ford, his successor as president.

“Nothing like this has ever happened to a President of the United States before … It is prosecutorial misconduct, a weaponization of the Justice System, and an attack by Radical Left Democrats who desperately don;t want me to run for President in 2024,” he wrote.