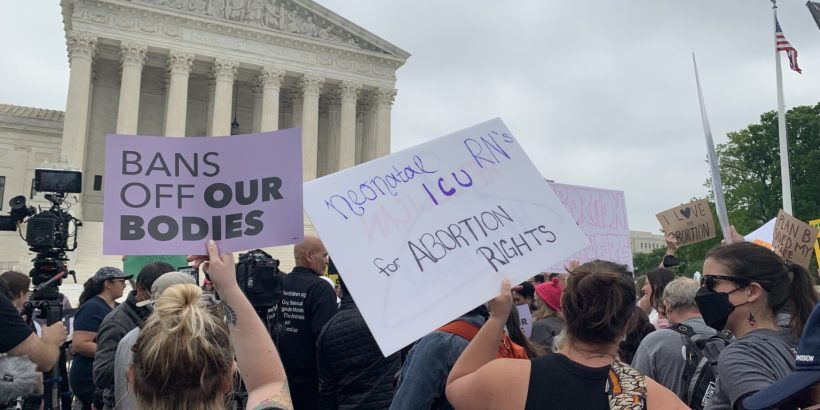 “The governor directed state law enforcement leaders to work with local and federal partners and be prepared to assist in the event there is a need for increased security and protective measures,” Michael Ricci, a spokesman for the governor, told The Epoch Times via email.

Pro-abortion groups have been gathering outside their homes in recent days after a draft opinion authored by Alito was released, indicating the court is poised to overturn its 1973 Roe v. Wade decision.

Video footage showed protesters outside Kavanaugh’s home chanting “no uterus, no opinion.” The group later shouted “the world is watching” while near Roberts’ abode.

The Supreme Court has not commented on the protests.

“But that should never include violence, threats, or vandalism. Judges perform an incredibly important function in our society, and they must be able to do their jobs without concern for their personal safety,” she added.

Macaulay Porter, a spokeswoman for Virginia Gov. Glenn Youngkin, told The Epoch Times over the weekend that state police there are monitoring the protests to make sure the justices are safe.

“The governor is aware and Virginia State Police will monitor the situation,” Porter said, adding that the police “will assist federal and local law enforcement as needed to ensure the safety of our citizens, including Supreme Court justices, who call Virginia home.”

No arrests have been reported at the protests that have taken place so far.

Protests at all six of the homes are planned for May 11 by a group called Ruth Sent Us. The group, which supports abortion, has said the protests will be peaceful.

Roberts said shortly after the leak that the release of the draft statement “will not succeed” in “undermin[ing] the integrity of our operations” while Thomas during a recent judicial conference said the Supreme Court “can’t be an institution that can be bullied into giving you just the outcomes you want.”