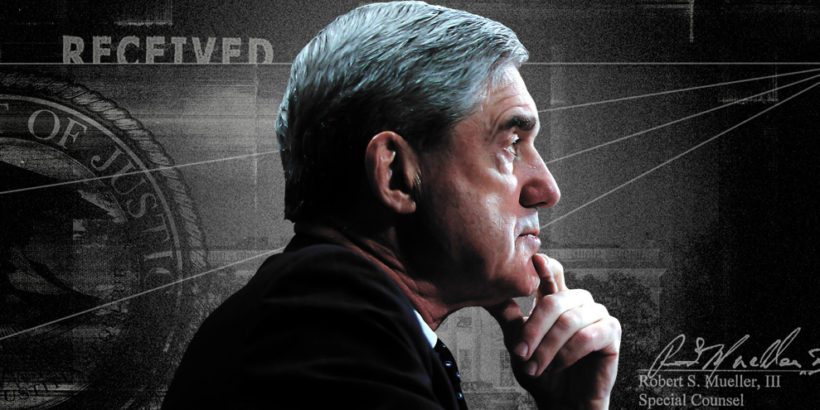 “…Having tried the President for treason and [seeing him] found not guilty, they now want to get him for shoplifting and execute him anyway.”

That was Darrell Issa on Maria Bartiromo’s show on Easter Sunday, and he just about nailed it. Of course, a perfect analogy would mention that the President didn’t even ‘shoplift’; he only thought about it (as in, firing Mueller) and, after getting a dose of reality from his lawyers, ultimately decided not to do it. He obstructed nothing. Just the opposite: Trump ended up being amazingly transparent with investigators, turning over about 1.4 million documents, never invoking executive privilege and even, in effect, waiving attorney-client privilege by allowing his attorney to talk with investigators for over 30 hours.

But remember, the Democrats –- even former high government officials who for some reason still had their security clearances –- spun some big tales and made sure that President Trump was investigated for TREASON. They flat-out lied and accused him of being an agent of Vladimir Putin. (I realize they don’t like his tweets, but, really, a firing squad??) They’ve been yammering about this for so long that I think many Americans have lost sight of the atomic magnitude of such an accusation.

And, of course, the media played along, with fake story after fake story and constant “treason” hype. (They should be embarrassed right now but they’re not, or at least they hide it well. With few exceptions, they’re just getting pricklier and are doubling down.) They all thought that surely the special counsel would be able to get Trump on…something…but there was just nothing. So Mueller had to produce “Part II” of his report on “obstruction” as a gift to Trump’s accusers, still containing nothing substantial but phrased in a way that left the door open to more accusation, more investigation and maybe impeachment.

When Bartiromo asked Issa if Attorney General Bill Barr would be following the truth –- meaning there would be accountability for opening an investigation into Trump for, as she correctly put it, “no other reason than that they just wanted to stop him and didn’t like him” — Issa said that Barr, being a by-the-book sort, would investigate but in an eminently reasonable, pragmatic, non-political way. In Issa’s words, “There’s a real question of ‘Does he go after that kind of crooked politics, or only after someone who made a false official statement?’ And, again, that’s where this attorney general, unlike Eric Holder, he’s not a wing man to the President; he’s a by-the-book law enforcement person with a flawless history in this job.”

Barr has already said he will investigate, as he believes spying (yes, SPYING) did occur and that he needs to find out if the SPYING was properly “predicated,” meaning there was just cause. Knowing what we know about the origins of the Steele “dossier” and the content of the FISA application to spy on Carter Page (what it included and, perhaps more significantly, what it left out), it’s hard to imagine that Barr would conclude it was done by the book. It most certainly was not, just as the Hillary email investigation followed nothing close to the usual procedure. But being the conscientious law enforcement professional he is, he has to go into an investigation without his mind made up. If only Trump’s investigators had had that kind of integrity.

On the other hand, I have to respectfully disagree with Issa’s suggestion that “crooked politics” shouldn’t be investigated, especially when it appears to have infested our own government institutions: the Obama FBI, DOJ, CIA and State Department. This kind of crooked politics is most seriously against the LAW. I’m reminded of the way legal expert Alan Dershowitz characterizes what Hillary’s campaign did; he calls her misdeeds “political sins” and doesn’t like the idea of going after her. (He supported Hillary in 2016, and I find it a fascinating comment on human nature and our capacity for denial that he is able to rationalize not “going there,” even with all the evidence of actual lawbreaking on her part.)

Should crooked politics be off-limits to law enforcement? That would make it like a sharia community where the police don’t go. (We can’t have that, either, but I digress.) If laws are broken in the name of politics, there needs to be accountability. If there’s evidence that candidate Donald Trump conspired with a foreign power, we need accountability. If there’s evidence that candidate Hillary Clinton violated the Espionage Act while secretary of state and destroyed thousands of subpoenaed documents, we likewise need accountability. Equal justice. But there wasn’t any real evidence against Trump; it was made up by his political opponents. There IS evidence against Hillary, and plenty of it. Just as there is evidence that the FBI, as directed by then-AG Loretta Lynch, gave her special treatment and saved her candidacy.

Dershowitz does deserve a great deal of credit for staying objective on the “Trump/Russia” investigation when he has been absolutely pummeled for that by the left-wing media. In fact, he says he knows for sure that CNN banned him. “What they didn’t want,” he said in an interview Sunday with Howard Kurtz, “was a centrist liberal who went against their narrative…They did not want my kind of analysis.” He noted that CNN preferred the analysis they got from their “go-to guy,” Michael Avenati. Ouch!

In the introduction Dershowitz wrote to the special counsel report, he says that Mueller got the law on obstruction of justice “completely wrong.” He says it’s not “obstruction” when a President exercises his constitutional authority; case closed. He also agrees with Trey Gowdy that the report shouldn’t have been released to the public. That’s the kind of legal analysis CNN had to keep off their air. Dershowitz gives the media in general an “F” (“even with grade-flation,” he said) for their coverage, which was “awful, terrible.” As he told Howard Kurtz, “I think we’re seeing an elimination of the distinction between the editorial page and the news pages, in some of the leading media in the country.”

Anyway, Darrell Issa says that Congress’s never-ending and ever-expanding investigations of Trump –- led by Jerry Nadler, Elijah Cummings and Adam Schiff (who has dishonestly maintained for many months that he has real evidence of a Trump/Russia conspiracy) –- are their strategy for covering up the way the “Trump/Russia” probe started. Absolutely right…

AG Barr will be testifying before Congress soon, on May 2, and we can look for committee Democrats and the media to treat him shamefully. In fact, they already are, hoping to discredit him and thus to negate any conclusion he makes down the road about the origins of the “Trump/Russia” investigation and special counsel. Barr used his judgment and did what was required of him (actually, more) under the law; he knew that as the messenger he was going to be shot, that he would be savaged for anything even the slightest bit fair to the President. He didn’t mislead anyone, and even if he had wanted to, it would have been ridiculous and pointless to try, as he knew he’d be releasing the full Mueller report shortly. The Wall Street Journal has got the Democrats’ number on this and came out with a great op-ed over the weekend…

Let me also point you to Mark Levin’s weekend interview with Byron York; together they sum up the whole “Russia” mess beautifully — how it got started, what happened and where it goes from here. And on Sunday, Levin followed up with another show on his own, magnificently exposing the special counsel for what it was. I recommend them highly. Both are at the link:

A postscript –- Here’s how Rep. Adam Schiff ended his interview on FOX News Sunday with Chris Wallace: “The Mueller report makes it absolutely crystal clear that the initiation of this investigation was not only warranted but absolutely necessary, because it revealed a widespread, systemic effort by the Russians to help the Trump campaign, and that, I think, is the overriding conclusion of this report. And we need, I think, to put our emphasis on making sure that kind of intervention never happens again.”

Ah. Actually, that’s right (even a broken clock is right twice a day), but it’s a far cry from “I have evidence that Trump is a TRAITOR!!” Notice that this statement conveniently omits any involvement on the part of Trump. We did need to look into Russian interference, but there was no legitimate reason for Trump to be caught up in that.