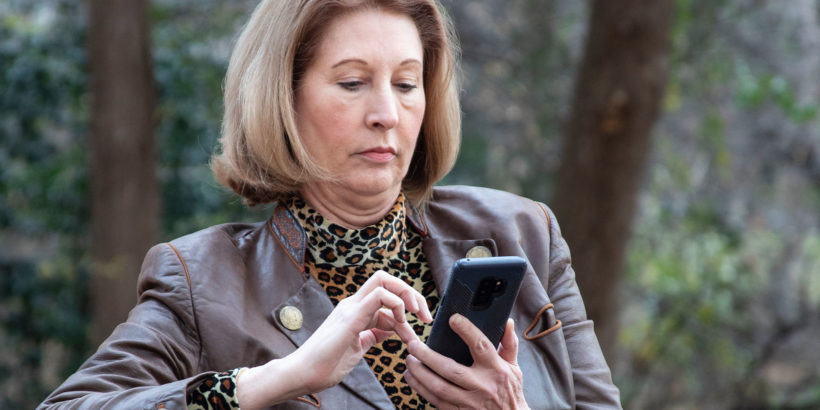 So don’t let spin doctors and fake media tell you lies about the woman who is bringing down the giants in the swamp! And there are a great number of them, more than anyone could have imagined!

Powell stated that the ‘New World Order’ has ‘OVERTHROWN The Republican Party’ and that the Republican Party sold its soul to the “New World Order” in return for large cash payments in the form of “enormous bribes.” Sidney Powell  warned the GOP risks being “neutered like a bitch” by “the Great Reset” in 2021 if President Trump’s second term is stolen from him by “children of darkness.”

These are strong and vividly colorful words from a serious, well seasoned Military Attorney who just won’t roll over and allow the media to drag her reputation through the mud. She is chomping at the bit to get on with the real justice and that is the days in court. Be it the Supreme Court or before the Military Tribunal.

In an interview Sidney Powell stated, “The Republican elite are not safe hiding behind their propaganda fueled media institutions, making unaccountable decisions in D.C., and silencing patriots who speak out against this insanity.

“When Trump begins his second term a tidal wave of punishment will be coming their way, the likes of which has never been seen before in this country.” In a news report by Hal Turner, his sources state that Georgia’s Republican Governor Brian Kemp and the Georgia Secretary of State Brad Raffensperger both allegedly took money from Communist China, perhaps to intentionally STEAL the November 3rd  Election for Joe Biden.

Excerpts from Hal Turner Report: “According to very high level sources from my years working National Security Intelligence with the FBI Joint Terrorism Task Force, the feds have PROOF of the payments to both Kemp and Raffensperger.

“A recent report states the feds have PROOF of the payments to both Kemp and Raffensperger.

“The Trump election legal team forced the President to WAIT before revealing this, until both Kemp and Raffensperger CERTIFIED the Election results.

“The implications of this revelation are staggering.  First, that a sitting REPUBLICAN Governor would stab his Party’s President, and our nation, in the back, for a foreign government, is utterly horrifying.  People are already asking ” My God, what could they have offered that he would sell out his own people?  His own country?”

“That a foreign nation would DARE to pay money in order to rig or steal a U.S. Presidential Election is . . .  a casus belli (Cause for war.)  China appears to have tried to STEAL our freedom by STEALING our Elections.  War is justified.

“Again, the national security intelligence sources with whom I have spoken, assure me this information is solid and the proof is already in government hands.“

And now you know why Attorney Sidney Powell said she was going to Blow up Georgia starting with the Governor and Attorney General!

According to Hal Turner, Intel sources now also confirm that “Other Governors, Secretaries of State, State Election officials, County Election officials and even several big city Mayors also allegedly received payments from Communist China and those payments have been tracked as well.”

A registered civilian military lawyer IS NOT A JAG which is a Judge Advocate General. Sidney Powell has been a Federal Prosecutor as well as has her own law firm. In Military courts: Other Federal Courts.

Anyone going before a military tribunal can have an attorney appointed through JAG or have one from the civilian sector. We are looking at both non-military justice cases regarding treason against the American people and military treason involvement.

For more information on these courts and where you can find their decisions, see the Library’s Case Law Research Guide.

Laws are complicated but rest assured Sidney Powell knows the law and is both a criminal prosecutor, and defense lawyer. She is now representing the United States Citizens against blatant constitutional, federal criminal, and civil liberty violations WHICH are treasonous and will not relent in representing the citizens at any court level.

.Moreover, here is a link that shows the laws and offenses those who took part in the election fraud and foreign nation meddling are facing:

Aside from her extremely huge Federal Attorney record with the Department of Justice with over 500 Supreme Court Cases, Sidney Powell has proven she is more than equipped to represent military justice/Federal cases such as General Flynn in his Military Logan Act case and had it overturned.

.Deep State is still fighting that ruling. If there is a discrepancy, it would be in the part of the statement that “she is the only one who can prosecute at” should be stated “She is the best one to prosecute at

BONNIE NIRGUDE’
As a citizen journalist and investigative reporter, I am committed to accurately reporting the news. Wide awake, never asleep, I grew up in a 1960’s patriotic household, aware of the truth behind the false narrative.