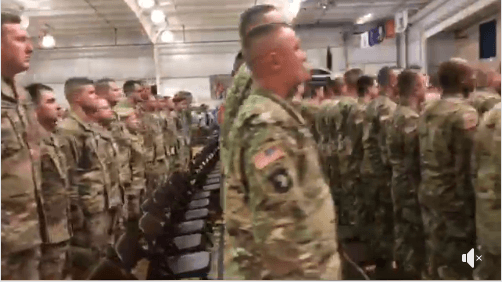 The soldiers are deploying in support of U.S. Southern Command.

The Louisville-based unit was last deployed in 2008-2009 to Baghdad, Iraq, in Support of Operation Iraqi Freedom.

Watch as friends and family gather as they say farewell to 223rd Military Police Co. as they head off for deployment. Godspeed MPs. Automatic!