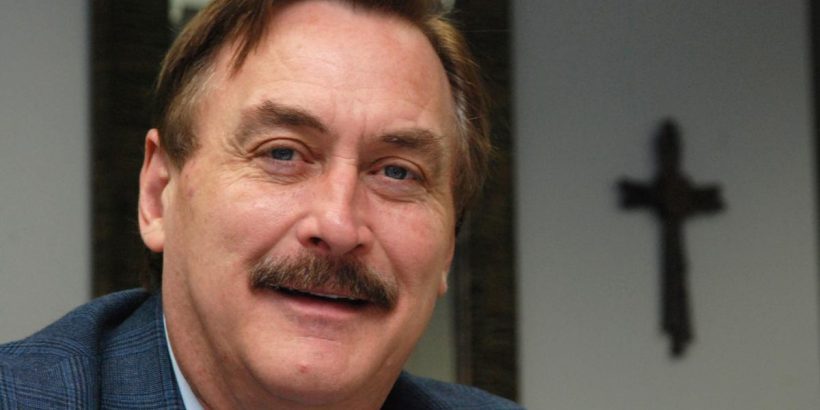 My Pillow founder Mike Lindell said that he is launching his own social media website after his personal and MyPillow accounts were suspended by Twitter.

“Every single influencer person on the planet can come there. You’re going to have a platform to speak out,” Lindell announced last week on Charlie Kirk’s podcast. “We’re launching this big platform so all the voices of our country can come back and start telling it like it is again,” he added.

Lindell said that with his unnamed social media website, “you will not need YouTube. You won’t need these places … it will be where everything can be told, because we’ve got to get our voices back. People will be able to talk and not walk on eggshells.”

Elaborating further, Lindell said that his social media website will launch in “four to five weeks” but did not elaborate on the nature of the website or how it would function.

Lindell’s site would be competing with the likes of Parler and Gab, which have attracted conservatives and supporters of former President Donald Trump. Trump and his advisors have said he is considering starting his own social media company.

The former president—who was suspended by Twitter, Facebook, and others—said that Twitter has “become very boring” in recent days, asserting that “millions of people are leaving” the platform.

Lindell, also in the interview, also said that Google “canceled me on some things” and took “tens of thousands of dollars” in ad revenue from him before he was shut down.

The MyPillow CEO told Business Insider that he “lost 20 retailers” that cost him “$65 million this year that I won’t get back.” He added to the outlet: “There’s your story. Print it right. Don’t try and twist this.”

It came as Dominion Voting Systems last month filed a $1.3 billion lawsuit against Lindell alleging he defamed the firm. A key argument in Dominion’s lawsuit was that Lindell used election-related claims to boost his brand and sell products.

Lindell, meanwhile, told media outlets that he welcomes the Dominion lawsuit as it would provide him a means in which to proves his claims.

Other than Lindell, prominent conservatives such as Michael Flynn, Sidney Powell, and Lin Wood were suspended by Twitter, forcing them to move to other platforms like Telegram.

“We removed content from the Rudy W. Giuliani channel for violating our sale of regulated goods policy, which prohibits content facilitating the use of nicotine, and our presidential election integrity policy,” a YouTube spokeswoman said in a statement to Bloomberg and other outlets on March 1.