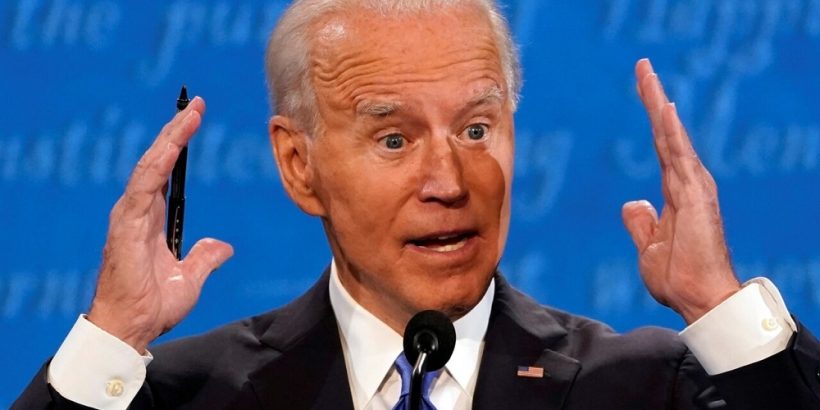 by Liza Carlisle  September 10, 2022
OPINION: This article contains commentary, which may reflect the author’s opinion

When President Joe Biden took office in 2021, there were already questions about election integrity, the pandemic, and the military concerns in the middle east.

The person filling the shoes of the highest office in the land would have some challenges.

Joe Biden pitched his experience int he the 2020 election.

In his third run for the Oval Office, Biden stressed on the campaign trail that his half a century in elected office would give him the tools to do ‘the hardest job in the land’.

But it seems that many Americans feel that Joe Biden did not meet those challenges adequately.

Politico reported in June that inflation has surged to its highest level in nearly four decades, leaving American families struggling to afford basic necessities like groceries, gas, and rent. Russia’s invasion of Ukraine pushed costs of food and fuel even higher.

Despite his campaign declarations to handle the toughest situations, The Biden Administration has repeatedly claimed in his defense that there have been more crises than usual since Biden took office.

Press Secretary Karine Jean-Pierre, in response to a question as to why the Biden Administration was so slow to respond to issues said, “The president has multiple issues – crises – at the moment. When he walked into the administration, he talked about the multiple crises that we need to deal with as a country – so that’s number one to remember.”

There has been much reported on President Biden’s health, both mentally and physically.

Biden has repeatedly been out of the public eye for extended periods of time, suffered falls in work situations as well as in recreational situations, and has forgotten people and words.

He has appeared confused and flustered in many instances, and has misspoke during speeches and in conversations.

Those around him are not soaring high on ratings either.

Vice-President Kamala Harris does not rate well on polls, and as the appointed leader of the effort to curb illegal immigration at the border she has repeatedly failed.

In May, the New York Post reported that Harris “has abandoned her ‘border czar’ role” leaving the border issues unsolved.

Biden has also been implicated in the dealings of his son, Hunter Biden, in regard to international business dealings.

In July, Roll Call wrote,” Joe Biden’s presidency is out of gas”

When Democrats disliked President Trump’s initiatives, they called for impeachment.

This call further divided the United States politically, as some saw this as a political, not legal action.

The impeachment did not stand, and the president’s foes were thwarted, as there was no conviction and Trump was acquitted.

Now some are considering impeachment of a Democrat president.

The Constitution requires a two-thirds supermajority to convict a person being impeached.

The Senate enters judgment on its decision, whether that be to convict or acquit, and a copy of the judgement is filed with the Secretary of State.

The grounds for impeachment are: Treason, Bribery, or other high Crimes and Misdemeanors.

The Hill reported plans in that direction by some Republicans:

“Republicans hoping to seize control of the house in November are already setting their sights on what is, for many of them, a top priority next year: impeaching President Joe Biden.

A number of rank-and-file conservatives have already introduced impeachment articles in the current Congress against the president.

They accuse Biden of committing ‘high crimes’ in his approach to a range of issues touching on border enforcement, the coronavirus pandemic and the withdrawal of U.S. troops from Afghanistan.”

Now a poll shows that most Americans agree with those Republicans.

A majority of voters, including a third of Democrats, support efforts to impeach’ unpopular President Joe Biden, the latest president to face the nation’s harshest criticism, the Washington Examiner reports.

In a new Rasmussen Reports survey, voters by a margin of 52%-42% support impeachment. That includes 77% of Republicans, 50% of independents, and 32% of Democrats.

But in a related question about Republican promises to make good on impeachment threats, expectations for action are down on the chances the GOP will follow through.

“Support for impeaching Biden is highest among voters 40-64, who are also most likely to think that if Republicans win in the midterms, they actually will impeach the president. Retirees are least supportive of impeaching Biden,” said the polling analysis shared with Secrets.

The survey follows another that said more voters view the midterm elections as a referendum on Biden. In that survey, most said that Biden should change course if he loses control of Congress.