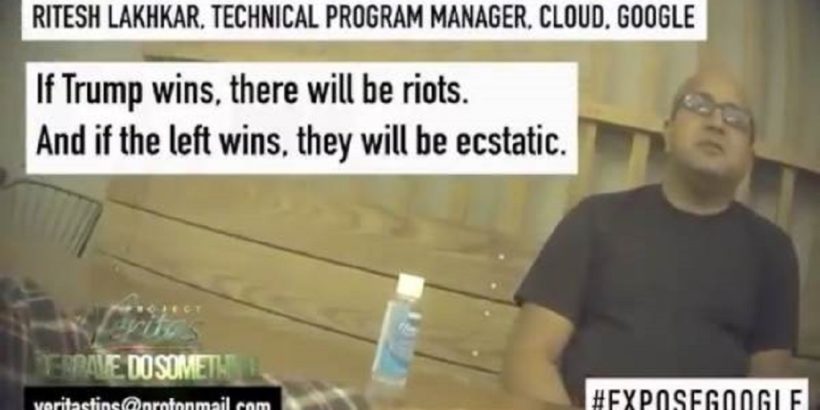 Ritesh Lakhkar responded and said, “It’s skewed by owners and drivers of the algorithm.”

“If Trump wins, there will be riots…if the left wins, they will be ecstatic,” Lakhkar said. “I disagree with the corporations playing God and taking away freedom of speech on both sides, basically.

“When Trump won the first time, people were crying in the corridors of Google,” he said. “There were like group therapy sessions for employees organized by HR.

Search “skewed by owners and drivers of the algorithm”

“If Trump wins, there will be riots…if the left wins, they will be ecstatic”

Recall, over the summer Congressman Jim Jordan asked Google if they were actively helping Joe Biden win the 2020 election.

Sundar Pichai didn’t say “no,” he just went into his carefully crafted talking points in an effort to sound neutral.

Google CEO Sundar Pichai says that during the presidential race, the company "won't do any work to politically tilt anything one way or the other" for the Trump or Biden campaigns https://t.co/83sKht0bRx pic.twitter.com/vgDbo4MIlP