Durham Has The Goods On Brennan. Will Brennan Agree To A Plea Deal? 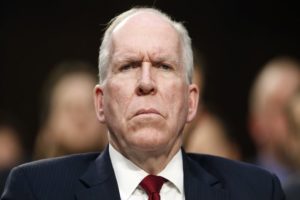 Kevin Clinesmith made a plea deal and he is singing like a bird. Those who he’s singing about know they were complicit and it’s just a matter of time before they are arrested.

Durham and his team have completed their investigation. The next step, he’ll be issuing indictments.

Yesterday, Durham was set to interview John Brennan. George Papadopolulos tweeted out the following: “Things to watch as a result of the Durham-Brennan interview:

Kevin Clinesmith’s arrest was just the beginning of treason, sedition and spying on Trump. This is about Julian Assange, Edward Snowden, Uranium One, The Clinton Foundation, the E-mail Scandal, domestic terrorism and crimes against humanity.

Brennan is in trouble.

Trump and his administration has been waiting to counter this mail-in voting because he knows it won’t work. It is important to know election results immediately and not wait for months or even years for results. The patent was filed by the U.S. Postal Service 1 year and seven months ago. The Block-Chain is like a Voter ID system.

We will get a choice in how we vote: Use the Block-Chain system with Voter ID or go to the polls. For additional security, Trump and his administration will be bringing in law enforcement to the polls, to make sure everything is done legally. Trump is about law & order.

What is the difference between mail-in ballots vs absentee ballots? With mail-in, the voter just gets a ballot in the mail. With the absentee ballot, it is requested by the voter before election day.

China has been caught mailing fake ballots to the United States. They are trying to manipulate the elections. They want Biden to win! 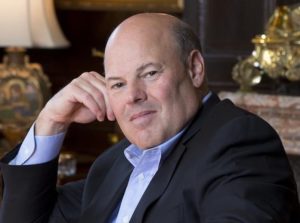 The Post Master, Louis DeJoy, stated:
#1) no changes in any policies with regard to election mail for the 2020 election.
#2) normal operating procedures are to replace mailboxes with new ones.

If the MSM is telling something different, it is fake, phony and false.

People were wondering why Trump distanced himself from (Cue) during the Q & A in the briefing room but what we now realize is Trump knew what the DS was planning and he just moved us away from the line of fire without alerting the enemy. There are fake patriots in the streets, captured on video. How do we know they are fake?

Even though they sport WWG1WGA signs, they don’t know our language. They don’t wave American flags nor wear MAGA hats… a dead giveaway. If these imposters create a false flag, which may happen, they will be easy to spot.

Julian’s Rum tweeted out, “[Cue] is forcing the masses into the ultimate choice. Let them think for you or think for yourself. The MSM wants to stop the latter. They’re not really attacking [Cue], they’re attacking you.” 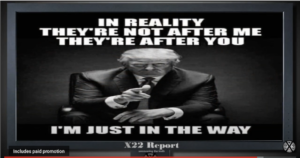 There is only one way the MSM could ever be destroyed… you choosing to think for yourself.

The Deep State/MSM/Corrupt Politician’s agenda was to get rid of the Constitution. Trump is blocking them from us, right now. They know that People are waking up and once awake, you can never go back to sleep.

They are pushing everything they have at the elections. They are also trying to show [Cue] Anon as a vicious terrifying gang, but the opposite is true. Be watchful for false flags around these imposters. 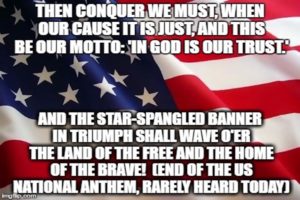 If you want to recognize the real Patriots, remember what they stand for; peace, patriotism, researching and thinking for oneself, uniting our country and upholding the Constitution. You can always spot them wearing red, white and blue, sometimes driving a boat but always proudly waving our American flag.