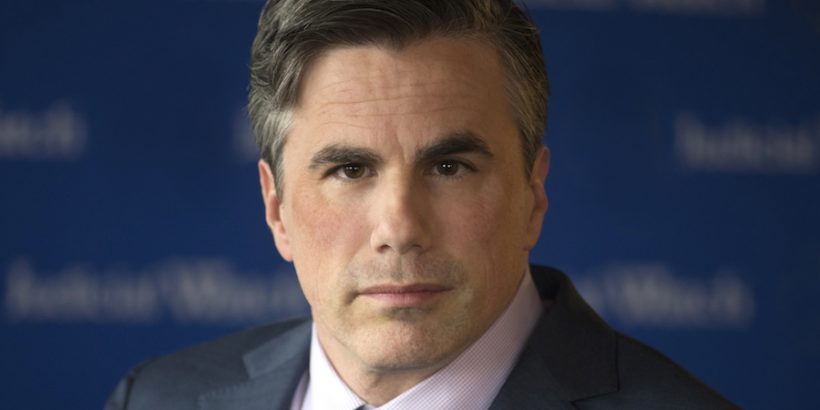 Tom Fitton, conservative activist and president of Judicial Watch, told The Epoch Times’ “American Thought Leaders” in an interview that he believes the aim of bringing an incitement of insurrection charge against former President Donald Trump is to “chill and criminalize speech” that opposes the agenda of those on the political left.

Calling Trump’s second impeachment trial “anti-constitutional,” Fitton remarked that it amounts to an attempt to silence the voices of those raising issues of concern that run counter to certain political objectives.

“It’s really an attack on civil rights and President Trump, the civil rights of his supporters who share his concerns about the issues he’s raised,” Fitton said.

“And what the left is trying to do is outlaw opposition to its agenda. Number one on the list is concerns about election integrity,” he said. “If you raise concerns about it, you need to be de-platformed, or worse.”

House Democrats making the case for impeachment have argued that Trump set the stage for violence through repeated claims that the election results were fraudulent.

On the second day of the trial, Democrat impeachment managers laid out the case that the Jan. 6 Capitol breach was not caused by a single speech but was rather the outcome of a months-long model of messaging that sowed doubt about the election and fueled anger among Trump voters by reinforcing the view that they had been cheated out of a win and disenfranchised due to fraud.

They also alleged that Trump summoned a mob to Washington, gave the crowd its marching orders, and did nothing to stop the violence as it played out on television.

Trump’s defense lawyers have argued that Trump urged the crowd to demonstrate peacefully, and his Jan. 6 remarks about “fighting” were mere figures of speech no different from the kind that politicians typically make, and anyway allowable under First Amendment protections.

“To claim that the president in any way wished, desired, or encouraged lawless or violent behavior is a preposterous and monstrous lie,” Michael van der Veen, one of Trump’s lawyers, said Friday.

They also accused Democrats of waging a campaign of “hatred” against Trump, of using the impeachment trial to settle political scores, and of hypocrisy. On Friday, Trump’s lawyers played a montage of clips showing Democrats, some of them senators now serving as jurors, also telling supporters to “fight,” seeking to establish a parallel with Trump’s rhetoric.

“This is ordinary political rhetoric that is virtually indistinguishable from the language that has been used by people across the political spectrum for hundreds of years,” Van der Veen said. “Countless politicians have spoken of fighting for our principles.”

David Schoen, one of the attorneys representing Trump, said Friday that “this unprecedented effort is not about Democrats opposing political violence. It is about Democrats trying to disqualify their political opposition. It is Constitutional cancel culture.”

Asked to comment on Schoen’s remarks, Fitton said he believes they accurately reflect the intention behind the impeachment push.

“This is an effort to de-platform the president from our nation’s political life,” he said. “And to try to remove a player from the chess board who would be an effective advocate, a leader against their agenda.”