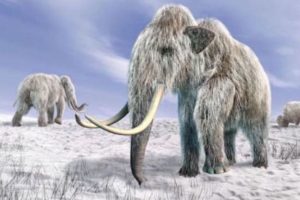 Who allowed the Governors to become dictators? If the people allowed it, then can’t the people un-allow them to be dicatators? The job of each governor was intended to serve those who voted them into office, not rule over them.

Sen. Rand Paul: Governors Should Never Have Been Allowed to Become ‘Dictators’

In an early morning Christmas Day interview, Sen. Rand Paul (R-Ky.) said that governors should never have been allowed to accumulate so much power that they can lock down the economy.

“You know, nobody ever intended that governors would be sort of czars or dictators in charge of the economy,” Paul said. “In my state, you can’t have indoor dining, you can’t have outdoor dining, and your kids are not in school. We’re worse than New York City right now. In Kentucky, our governor has shut the schools down even though all of the science shows that—and all of the evidence—that you really aren’t having a surge when you have the schools open,” he added.

Kentucky Gov. Andy Beshear has had pandemic restrictions in place, some of which include a mask mandate, limiting private gathering sizes to small groups, minimal capacity for indoor small businesses like gyms, carry-out dining only, and no onsite schools.

Many governors across the United States have locked down (to varying degrees), their small businesses due to surges in the CCP (Chinese Communist Party) virus cases among their residents. States have felt pushback from citizens and small business owners who say they are in financial crisis and need to make a living.

New York state in mid-December ordered restaurant owners to stop indoor dining again. The governor’s order came despite opposition from the beleaguered restaurant industry, which warned of holiday-season layoffs at a time when the federal government has yet to pass an additional CCP virus relief package.

Many people are leaving states like New York and California, citing pandemic restrictions. More than 126,000 people moved out of New York state between July 2019 and July 2020, according to preliminary Census Bureau data. That’s the biggest population drop of any state this year.

The Kentucky senator criticized governors locking down their economies because they have been receiving money from the federal government’s various stimulus packages, including the last CARES Act.

“The only thing that will get de Blasio and Cuomo to finally open up is when they run out of other people’s money,” Paul said.

“So I think that we shouldn’t be passing out any money to the states, we shouldn’t be rewarding their bad behavior,” he continued. “And really, this has probably been the worst time in the history of our country for power being accumulated into the hands of very few people.”

Michigan Gov. Gretchen Whitmer has been criticized for placing too many restrictions on her constituents. Citing a surge in CCP virus infections in her state, Whitmer ordered on Nov. 15 that dine-in restaurants and bars, in-person learning at high schools and colleges, and many other businesses and activities close during the three weeks between Nov. 18 and Dec. 8.

California Gov. Gavin Newsom said on Dec. 21 that the regional stay-at-home order imposed by the state for the entirety of Southern California will almost assuredly be extended beyond next week’s expiration date.

New government data shows that the pandemic has had a moderate-to-large negative impact on over three-quarters of the nation’s small businesses, with the hardest-hit being those in accommodation and food services.

In addition to the small-business impact of the restrictions, houses of worship have been impacted by governors’ trying to restrict the number of people who can gather at places of worship or if they can be open at all.

In California, parishes, as well as Protestant, Jewish, and other religious groups were barred from holding indoor gatherings of any kind.

Newsom’s recently issued “Blueprint for a Safer Economy” and “Regional Stay at Home Order” was found by the state’s Superior Court Judge as failing to satisfy the First Amendment’s guarantee of religious freedom of worship and practice because they aren’t applied equally and in the least restrictive manner required to achieve an essential public interest.

“I lost two good friends this week to the virus. I’m not saying it’s not deadly,” Paul said.