In fact, it was because of these philosophies, “The Donald” created his massive wealth and legendary negotiating skills, ultimately writing a best selling book on it called; “The Art of the Deal”.

Who WAS Sun Tzu? 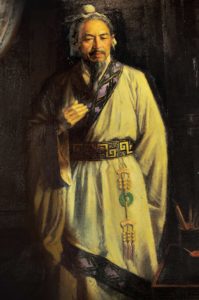 strategist, writer and philosopher who lived in the Eastern Zhou period of ancient China. Sun Tzu is traditionally credited as the author of The Art of War, an influential work of military strategy that has affected both Western and East Asian philosophy and military thinking. Death: 496 BC.

Because Sun has long been considered to be one of history’s finest military tacticians and analysts, his teachings and strategies formed the basis of advanced military training for millennia to come.

Why Is this a significant piece of information? The answer becomes self evident once you begin to read some of these strategies for yourself. See if you can tell how many of the following words of wisdom he has already implemented…

The Sayings of Sun Tzu

As a last note and words of wisdom from a biblical source, remember the purpose of an enemy… in fact the ULTIMATE ENEMY (which is Satan), is too, LIE, KILL, STEAL AND DESTROY.

Ephesians 6:12, NLT: “For we are not fighting against flesh-and-blood enemies, but against evil rulers and authorities of the unseen world, against mighty powers in this dark world, and against evil spirits in the heavenly places.”

If you find yourself being triggered with anger, fear, despondent thoughts, hopelessness, etc… remember those are weapons of spiritual warfare. An enemy wants you divided and afraid. Messing with your head is one of his most formidable weapons.

This is why the use of propaganda and false information is so effective,  especially when it comes from a previously trusted source.

We all MUST start using our own inherent critical thinking skills and question everything.

If you hear or even see anything that could cause your destruction… KNOW that it is coming from the enemy. It certainly isn’t from a friend! But be sure to identify the enemy correctly.

With Love From the C-VINE Dream Team