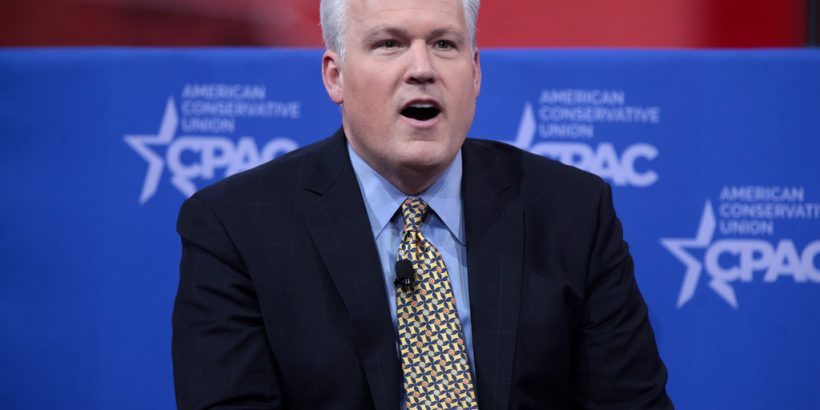 The quickly growing conservative movement supported by about half of the country’s population can succeed in fighting against cancel culture and other socialist radical policies, Matt Schlapp, Chairman of the American Conservative Union (ACU) said Thursday on the eve of CPAC 2021.

Schlapp’s organization co-founded the Conservative Political Action Conference (CPAC), the largest and most influential gathering of conservatives in the world. This year’s edition’s theme is “America Uncanceled.”

Conservative voices often get silenced by big social media platforms. Today, people’s political comments may be flagged by social media as too extreme, people could be labeled “domestic terrorists” or be silenced for their political opinions, Schlapp said in an interview on Epoch Times’ Crossroads program.

Schlapp compared this situation to the French Revolution where there was no right side and wrong side. Those, who were against the people in power during that time, could have their heads cut off, Schlapp said.

Even people who have progressive views can be silenced like journalist Glenn Greenwald, who expressed his views about the CCP (Chinese Communist Party) virus pandemic and had different opinions on some issues than socialists, Schlapp said.

Greenwald, who himself upholds a lot of progressive ideas, “had to leave the media platform he established, because he didn’t take down the line socialist positions on everything,” Schlapp added.

Social media companies are private entities that make their own choices, Schlapp said. For example, at prior CPAC editions, Twitter used to promote its services as a platform for everybody to express their political views, Schlapp said, and it convinced CPAC followers to use its platform.

However, a couple of years later, when it got big and powerful, it attacked those who believe in America and the Constitution, like former President Donald Trump and other conservatives, Schlapp said.

“There’s some kind of a fraudulent approach to their business when they tell everyone, they’re going to operate one way, and then they’re actually operating another way, “ Schlapp said adding that “they’re treating different customers disparately, depending on their political views.”

Had Twitter explained at the very beginning that it would have denied free voices and the ability to monetize no conservatives would have used its platform, Schlapp said.

Most U.S. corporations do not donate PAC (political action committee) money to Republicans who question the results of the 2020 election but rather “fund the socialist movement in America that believes [corporations] should be nationalized, … pay confiscatory taxes,” and be regulated, Schlapp said.

Half of the people in the country suspect that there were some shady dealings related to the election but because people are silenced when raising questions about it nobody knows how big and how grand it was, Schlapp said.

He encourages people to raise questions about the election and talk more about it. If there is no taboo to expressing political views people can find some ways to work together.

Many people question the election because it was the first time where 50 percent of voters voted by mail which created a lot of problems.

Schlapp believes that “people will wake up from this nightmare and say, enough is enough.”

“If they don’t, we’re just going to keep fighting because I think half the country is with us,” Schlapp said.

The Conservative movement is quickly growing so does ACU, Schlapp said, as half of the American population is alarmed by what happened with the election and the socialist radical policies aggressively embraced by the Democratic Party.

“This is time to fight. … [The fight] is winnable, but it’s going to be tough, and we’re going to need everybody out there to fight,” Schlapp said.

Former President Donald Trump is expected to speak at the CPAC and a lot of Republicans are alarmed the Trump will get involved in primaries, Schlapp said. He advised moderate establishment Republicans not to indict the MAGA movement but to embrace it.

They do not have to agree with Trump on everything he says or does but should give him a lot of credit because he fought for the things that they only talked about, Schlapp concluded.