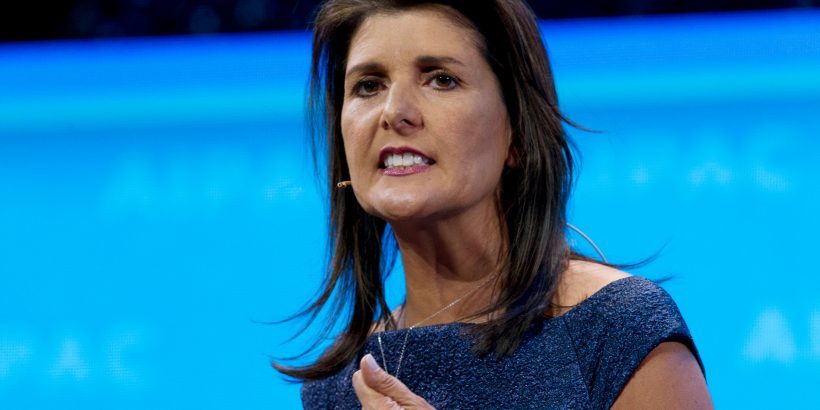 During an interview with Politico, Haley said she was “disgusted” by Trump’s comments and actions regarding the Jan. 6 “Stop the Steal” rally.

“Fast forward, I’m watching the television the morning of the 6th and I see Don Junior get up there. And then I hear the president get up there and go off on Pence. I literally was so triggered, I had to turn it off. I mean, Jon [Lerner] texted me something and I said, ‘I can’t. I can’t watch it. I can’t watch it,’ because I felt the same thing. Somebody is going to hear that, and bad things will happen.”

I asked Haley whether she has spoken to Trump since January 6. She shook her head.

“When I tell you I’m angry, it’s an understatement,” Haley hissed, leaning forward as she spoke. “Mike has been nothing but loyal to that man. He’s been nothing but a good friend of that man. … I am so disappointed in the fact that [despite] the loyalty and friendship he had with Mike Pence, that he would do that to him. Like, I’m disgusted by it.”

Since her comments, Haley has been dealt two major blows as things are starting to backfire on her in a major way.

First, she attempted to get a meeting with Trump last week and he denied her request.

Trump flat-out refused to meet with Haley or even give her the time of day.

“SCOOP: NIKKI HALEY reached out to former President DONALD TRUMP on Wednesday to request a sit-down at Mar-a-Lago, but a source familiar tells Playbook that he turned her down,” Politico reported. 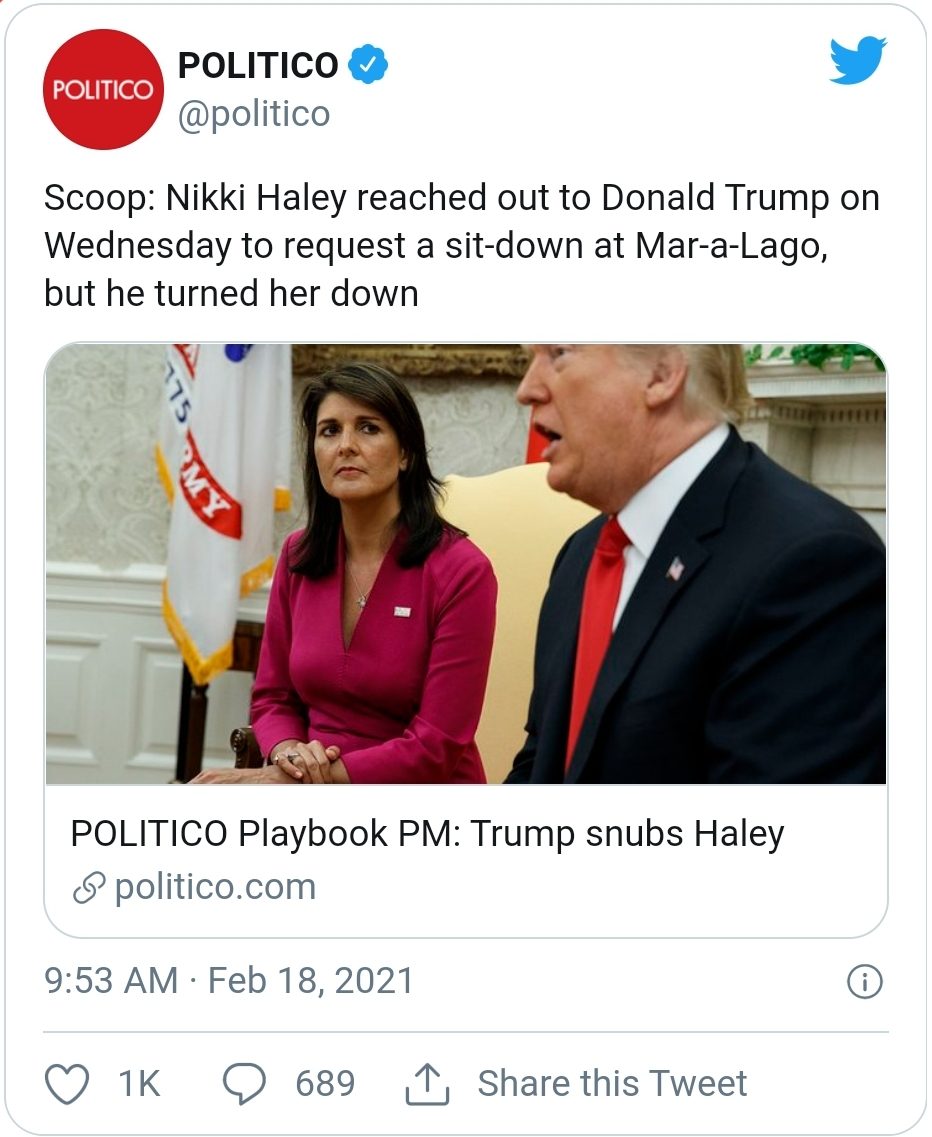 Secondly, Haley is now not speaking at the annual Conservative Political Action Conference next week, but Trump will be.

In other words, her comments have boxed her out from prominent Republican circles.

One GOP source told The Hill that “Haley has been positioning herself for a presidential campaign since she left the Trump administration in 2018, but that she lacks a clear lane in the coming Republican primary and is struggling to figure out how to connect with GOP voters under Trump.”

“Haley has never understood the president and seems to not understand where the base of the party is,” the source said.

Haley’s trying to have it both ways and even Never-Trumper’s are calling her out for being inauthentic.

To some, Haley is just another member of the D.C. swamp, and attacking Trump is par for the course.

While that is true, it’s also important to note that the establishment side of the GOP wants to run someone like Haley in 2024.

So her comments against Trump were calculated. She knew what she was doing. And Trump supporters will not forget it.

Posted by Volunteers of the