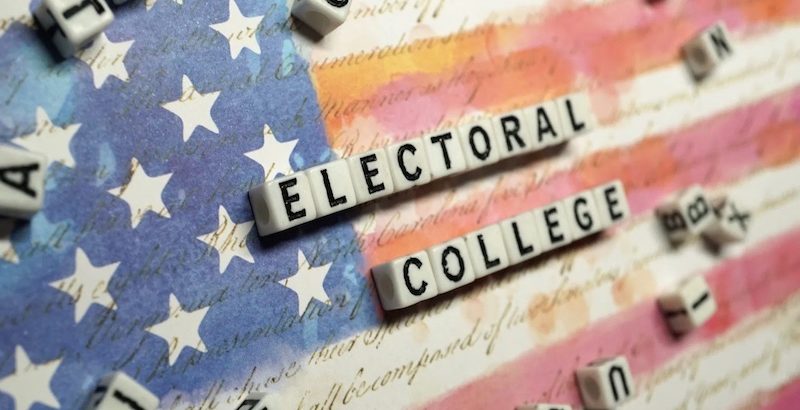 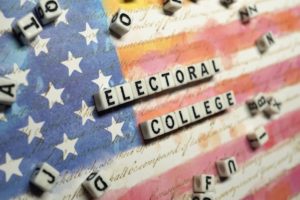 Tomorrow, the lie begins. Prepare for it. The votes will be cast by the Electoral College and the official sealing of each envelope will take place. In Washington D.C. on January 6th, 2021, the envelopes will be opened and each vote will be read and counted.

We’ve seen it used when Don Jr. was accused of meeting with a Russian lawyer. Mueller eventually declined any charges.

President Donald J. Trump could have ordered any one of these investigations to stop cold, but he did not. Why not? He wanted Americans to see the truth. Only using the measuring stick of the U.S. Constitution would show he had done nothing wrong. He brilliantly used the U.S. Constitution to prove this, to protect himself, and his family.

The U.S. Constitution supercedes any law. It is our highest law in our land.

The MSM wants their viewers to only listen to their narrative and to not allow them to think for themselves, according to Mika Brezinski, but Patriots are quite dialed in to their shenanigans because they have done their research.

On January 6th, 2021, the Senate and the House of Representatives will gather together for a joint session. It is required of each Congressman/woman to attend in person.

Nancy Pelosi will not act as House Speaker. She will only be considered as another member of the House and will have no authority. Mike Pence will be the one who has all of the authority over the Senate and House that day.

One by one, all of the envelopes will be opened, read and counted.

If someone such as Rand Paul and a second Congressman object to the state’s slate of electors due to the pending lawsuits in the battleground states, the House and Senate would segregate. Each group would discuss and debate amongst themselves until they had reached a way to move forward.

If the House and Senate, vote against that slate of electors being in question, President Donald Trump will indeed remain president.

‘God’s people are destroyed for lack of knowledge…’ ~Hosea 4:6.

Tomorrow, is a day the enemy has set aside to terrify Patriots. However, when we have knowledge and understanding of the U.S. Constitution, we will have feet large enough to squash the enemy from creating fear and panic. When we are fearful, we feed the enemies of darkness but when we exercise faith, it can move mountains!

Whatever happens tomorrow, DO NOT PANIC.  We were told to TRUST THE PLAN. We were also told the 2020 election would be safeguarded. Trust the Plan, Patriots!

When Moses led the Israelites from Egypt to the Promised Land, they were stuck between the enemy and the Red Sea. When they cried out to God, He showed compassion and in the last moment displayed His mighty power.  He used Moses to part the waves of the Red Sea which led them to safety.

Could this be our last moment before God displays to the world, His mighty power? Will God use President Trump to create a Red Wave leading us to safety away from the Deep State?

If we understand the U.S. Constitution, we will not have any fear on December 14th when the votes are cast. Mockery will most likely come our way as we stand firm in the belief DJT will be reinstated. Dodge the firey arrows of fear and allow them to bypass our hearts and minds.

Thank you to Pastor Shane Vaughn, First Harvest Ministries, for contributing the information in this article.