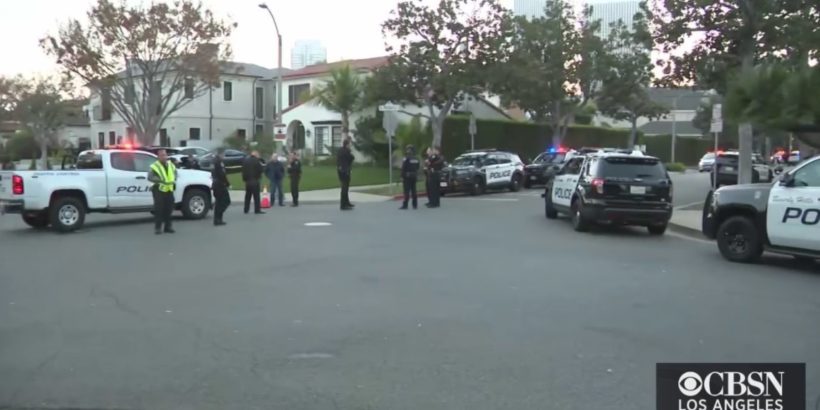 A Los Angeles detective has warned against people visiting the city due to rising crime rates while adding that police are unable to guarantee their safety.

McBride blamed Governor Gavin Newsom, L.A. County DA George Gascon, and the American Civil Liberties Union (ACLU) for propagating the Proposition 47 bill that has led to such a situation.

“How did we get here? The ACLU advocated for Proposition 47 which changed the sentencing guidelines,” McBride said. “So, right now, you can literally go out and do whatever you want, commit crimes, and you will be out faster than the officers can finish the report, and that’s a fact.”

Supporters of the bill claim California’s prisons are now less filled with prisoners because of it, while opponents say that lawbreaking has surged as many crimes, that were earlier felonies, such as shoplifting, are now considered misdemeanors, and offenders are easily let out.

Based on 2020 data from the Public Policy Institute of California, Los Angeles reported a 40 percent increase in homicides from the previous year, while Oakland, San Francisco, and San Diego reported 36, 41-48, and 50-58 percent hikes respectively.

“We’re wondering how many times somebody has to be arrested here in L.A. before they stay in jail,” said McBride, adding that there’s a lot of violence in the city and that’s unsafe for people to go shopping.

Los Angeles was number one in the top 10 worst cities in the U.S. for retail crime, according to a 2020 survey by the National Retail Federation. The Californian cities of San Francisco and Sacramento also featured on the list. The Bay Area has especially been hit with a spate of retail theft.

McBride advocated for getting rid of “progressive district attorneys” who he said, support criminals.

“And to be honest with you, it shouldn’t matter if you’re a Republican or a Democrat. I think we should all want to feel safe in your home, and we should be tough on crime, and that’s where it starts. We have to start from the top and clean house all the way down,” he said.

When asked whether low bail and Proposition 47 were considered compassionate policies as expounded by progressives, McBride said that the criminals are not out for grabbing “milk, meat, cheese,” but “Rolex watches,” hitting “jewelry stores,” and “Louis Vuitton stores.”

He added that the ACLU was a “partner-in-crime for the suspects,” and brought up the website, ACLU-Watch, where he says details of how the organization helps criminals succeed, and “stay on the streets and commit crimes” are given.

Rep. Alexandria Ocasio-Cortez (D-N.Y.) made a controversial statement last week to The Washington Times when she said, “A lot of these allegations of organized retail theft are not actually panning out. I believe it’s a Walgreens in California cited it, but the data didn’t back it up.”

In response, Walgreens told the Times that crime “has evolved beyond shoplifting and petty theft to the sale of stolen and counterfeit goods online.”

As organized crime remains one of the top challenges, security costs at Walgreens’ San Francisco stores have shot up 46 times the national average.