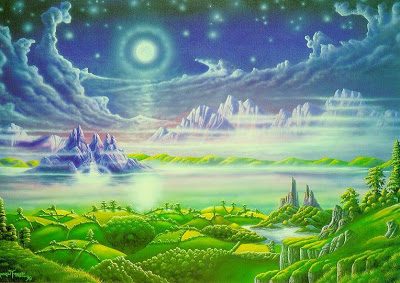 It is not just finance and politics that face a total reset. We have been exploited through many other routes, and each one faces a reset. The energy reset moves us from petrochemicals to Tesla-based broadcast power (from both land and space). The communications reset requires the removal of the Mockingbird Media, as well as a new secure space-based Quantum Internet for content distribution. The wellness reset sees the demise of Rockefeller medicine, also based on toxic petrochemicals, and replacement with a mix of simple light and electric therapies all the way through to extremely sophisticated “medbeds”.

The last of these is notably topical via the Coronavirus scamdemic. Current “sickcare” incentives align profit to lifelong unwellness. Suppression of symptoms is rewarded; cures are not. mRNA vaccines fit into this pattern, and are credibly accused of being depopulation bioweapons. Beware suppressing your natural non-specific immunity and arming the cytokine storm hazard!

We potentially face an “AIDS 2.0” megacrisis around the corner due to organ failure, dementia, and death of those who took this gene therapy route. Conversely, we also can anticipate a lifespan revolution for those who make it through these risky times. Choose your path carefully and wisely.

The “total reset of everything” is a process, not an event. For instance, the forced deployment of vaccines in their “experimental” phase means they cannot be mandatory, which removes the ability of the Globalists to coerce everyone to take them. That in turn means the awful consequences cannot just be blamed on “new virus variants” and fan more fear. That some do not take these products, and are not sick as a result, makes it all too obvious that they are dangerous. The reset of medicine takes time.

Despite this, there does seem to be a trigger event for a sudden and massive geopolitical shift. Donald Trump once tweeted “Move slowly, carefully — and then strike like the fastest animal on the planet!”. If the warning signs are to be believed, such a strike could include the destruction of the Three Gorges Dam, ending the CCP. This would kill a lot of people in the process, but stops the Coronavirus global genocide and “vaccine” depopulation agenda.

Such an attack also kills the Bitcoin mining infrastructure under the dam, and destroys the unregulated currencies being used for crimes like human trafficking. The same space-based “Rods from God” weapons can demolish Satanic monuments worldwide, symbolising a change in the global order. Meanwhile, precision cyberweapons can target critical Globalist corporations and revenue streams. Such a strike would result in both global martial law as well as mass awakening to the existence of the war.

Spookdom is impenetrable by its nature, and I only work with open source intelligence.
I have no crystal ball, and no insider contacts. The apparent civil war in the Freemasons — and the uncertainty and confusion it brings — means I am not in a position to see the whole battlefield. Take this as the synthesis of one person; it is not even the summary of an organisation or private intelligence agency. Nonetheless, it seems clear that a process of mega collapse, mega reform, and mega renewal is underway.

The “Great Awakening” is just one part of this “Total Reset of Everything”. I cannot know its scope or timescale. Credible sources have warned me that “nature is coming”. It would make sense that secret societies are aware of cycles of cataclysm, including those that come from space. We may lose a lot of lives, including loved ones. What is at stake is the survival of humanity as a whole. There is no way to sugar coat this.

My work of the last three years documenting the Q project tells me that the “best of the best” are on the case. General Flynn has obliquely confirmed that Donald Trump is the actual President (with the same “two presidencies” as happened in the Civil War era). He has also effectively re-endorsed the Q project in public by approving of its “WWG1WGA” mantra. The military are delivering “Q proofs” by the dozen on Twitter. There are rational reasons to believe that humanity is heading in the right direction, however great the struggle.

I cannot predict the exact sound of the death rattle of the old guard’s system of power. Surprise attacks by both sides are… surprising. If we have to endure a fake holographic alien invasion as a distraction, then so be it! Have steadfast courage: a new culture and a new society for a new Earth is coming, if the “foreshocks” are to be believed. There is a benevolent and peaceful “far side” to this wild ride. For instance, technologies like CRISPR editing and mRNA gene therapies can equally be used to turn off traits that drive psychopathy and human misery. Humanity can blossom when freed from inbred greed.

What doesn’t change in a total reset is the pole star of loving kindness: “Good Wins” because we inhabit a universe whose physics seeks connection over compartmentalisation. That this process of uprooting evil is “Biblical” is not just a metaphor: it traces its roots back through our “family feuds” as a species, all the way to our origins. We are in a “purple platypus” situation – outside of any experienced “black swan” — so the more ancient the wisdom, the more likely it is to apply and to be of value.

The best is yet to come, but to arrive there we may yet have to traverse the worst too. Be accountable for yourself; let others choose their own path. Self-care, self-compassion, and self-worth are the watchwords.

Believe in yourself.
Reclaim your sovereignty
Demand your liberty.

Welcome the Total Reset of Everything.