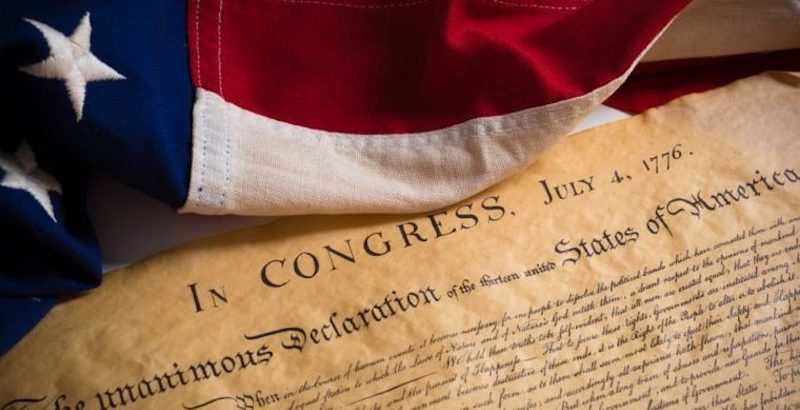 Election laws were changed by several states.  Some voters were called in to change their vote after submission. Ballots were flipped by poll watchers and others were duplicated.

If these allegations are proven true before the U.S. Supreme Court,  Donald J. Trump may very well be sworn in on January 20, 2021.

Millions believe our 2020 Election was stolen and many are laying their lives down to prove it.

Our law of our land is our U.S. Constitution. Some citizens do not understand that this is what guides our countrys’ laws. Patriots want fair elections and when they see foul play, they will rise to expose it.

When President Trump was voted into office, he made it clear the United States Constitution would be his guidestone throughout his presidency and through this, law and order would return to America…and it is.

One of President Donald Trump’s lawyers said the Supreme Court lawsuit that was filed by the state of Texas against Wisconsin, Michigan, Pennsylvania, and Georgia, claiming significant changes to election laws among other allegations, is the “end-all case” for Trump.

“The Supreme Court is not just considering what Texas has filed [Tuesday], they are now going the next step, which is to say, ‘We want a response from the states named,’” lawyer Jordan Sekulow told Newsmax, referring to the lawsuit. “This is the case we’ve been talking about to reach SCOTUS. This is the outcome-determinative case, 62 electoral college votes, enough to change the outcome of the election,” he continued.

Sekulow, the son of Trump impeachment lawyer Jay Sekulow, said the Supreme Court will weigh on the suit’s remedy for legislatures in these states to send up new electors. Sekulow argued that the “electors clause” of the Constitution was violated, adding that “due process” and “equal protection” is at play as well.

Lawyers for Wisconsin, Pennsylvania, Georgia, and Michigan have until Thursday to respond to the litigation. The lawsuit was filed by Texas Attorney General Ken Paxton.

People should understand this is the be-all, end-all case to really determine the outcome of this election,” Sekulow said. “This is the major challenge, the one we were waiting for.”

He continued: “That’s different than most court cases at the Supreme Court, because this is a case of original jurisdiction . . . because it is state versus state.”

Following Paxton’s lawsuit on behalf of the state of Texas, several other attorney generals for Arkansas, Alabama, Missouri, and Louisiana have issued statements of support.

The Texas lawsuit argues that the four key battleground states unconstitutionally changed election laws, treated voters unequally, and triggered significant voting irregularities by changing ballot-integrity measures before the Nov. 3 election. Texas is now asking the Supreme Court to declare that four states held their respective elections in violation of the Constitution and disenfranchised voters across the United States during the presidential election.

“Millions of Louisiana citizens, and tens of millions of our fellow citizens in the country, have deep concerns regarding the conduct of the 2020 federal elections,” Louisiana Attorney General Jeff Landry wrote. “Deeply rooted in these concerns is the fact that some states appear to have conducted their elections with a disregard to the U.S. Constitution.”

Missouri Attorney General Eric Schmitt said Tuesday he would help lead this effort in support of Texas’s” Supreme Court filing, noting, “Missouri is in the fight.”

But Pennsylvania Attorney General Josh Shapiro, in a statement on Twitter, said Texas’s complaint is without merit and defended Pennsylvania’s election laws.

He said, “These continued attacks on our fair and free election system are beyond meritless, beyond reckless—they are a scheme by the President of the United States and some in the Republican party to disregard the will of the people—and name their own victors.”

In an emailed statement, Jordan Fuchs with Georgia Secretary of State Brad Raffensperger’s office told Epoch Times: “The allegations in the lawsuit are false and irresponsible. Texas alleges that there are 80,000 forged signatures on absentee ballots in Georgia, but they don’t bring forward a single person who this happened to. That’s because it didn’t happen.”