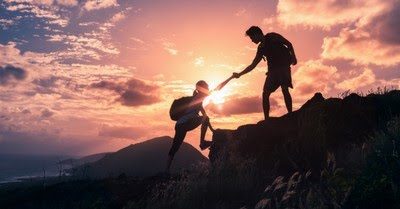 In times of trouble and times of doubt, Christians will often turn to Philippians 4:13 for perspective, hope, and strength, and for good reason. The Apostle Paul wrote from prison, “I can do all things through Christ who gives me strength.”

What Does it Mean, ‘I Can Do All Things through Christ’? Why Did Paul Write Philippians?

In AD 60, Paul was imprisoned in Rome, and for the next two years, he lived under house arrest (Acts 28:30-31), encouraging local churches via letters written from prison. His letter to the Philippians was just one of four “Prison Epistles” written during this time.

Similar to Paul’s letter to the Ephesians, his letter to the Philippians doesn’t address any major behavioral concerns. It does, however, attempt to encourage the Philippian church, which was facing opposition from the outside as well as a fair amount of strife and division from within.

This is why Paul writes often about the need to find “joy,” “peace,” and “contentment” in present circumstances. As someone living under house arrest at the time, he was perfectly situated to address these topics with both authority and grace.

Paul’s Relationship with the Philippian Church
We know from the book of Acts that Paul had visited the church in Philippi during his second missionary journey (Acts 16) and again on his third journey through the region (Acts 20:1-6). Even after he departed, Paul continued to enjoy a warm relationship with the Philippians, who were diligent in providing financial support to the apostle during his ministry.

In fact, upon learning that Paul had been imprisoned in Rome, the church in Philippi sent Epaphroditus to Rome with financial aid for Paul. Epaphroditus later returned to Philippi with a letter from Paul to the church.

But why is this important to the context and understanding of Philippians 4:13?

Paul Thanks the Philippians
In the fourth chapter of Philippians, Paul shows his appreciation to the Philippians by writing, “Moreover, as you Philippians know, in the early days of your acquaintance with the gospel, when I set out from Macedonia, not one church shared with me in the matter of giving and receiving, except you only; for even when I was in Thessalonica, you sent me aid more than once when I was in need” (Philippians 4:15-16).

This was a church that had gone out of its way to take care of Paul, and he wanted to thank them for their continued support.

As one who shared such a loving relationship with the Philippian church, Paul also wanted to provide an update on his present condition and let his friends know that he was well cared for and doing all right. He writes, “I have received full payment and have more than enough. I am amply supplied, now that I have received from Epaphroditus the gifts you sent. They are a fragrant offering, an acceptable sacrifice, pleasing to God” (Philippians 4:18).

But while their financial support was nonetheless appreciated, Paul also used his time in prison to remind his fellow believers that financial well-being and one’s physical condition are not indicative of one’s spiritual health and well-being.

Paul Preaches on the Power of Contentment
Finding contentment in difficult circumstances is difficult for even the most stouthearted believer. When times are tough and things aren’t going the way we plan, this is a fertile ground for frustration, despair, and discouragement to take root. That is why, as Matthew Henry writes, “we need his (Christ’s) strength to teach us to be content in every condition.”

Paul understood this better than most. In his previous letter to the Corinthians, he wrote, “Therefore I will boast all the more gladly about my weaknesses, so that Christ’s power may rest on me. That is why, for Christ’s sake, I delight in weaknesses, in insults, in hardships, in persecutions, in difficulties. For when I am weak, then I am strong.” (2 Corinthians 12:9-10).

And what is the “this” to which Paul was referring? It is the specific ability to find contentment whatever the circumstance, which Paul argues can only come from Christ who gives him strength.

What Paul Really Means by “I Can Do All Things”
Christians are not wrong to use Philippians 4:13 as a banner of God’s strength and power at work in their lives. It is true. The strength of Jesus Christ has the power to heal the sick, free the oppressed, move mountains (Matthew 17:20), break chains (Acts 12:7), and defeat death (Hebrews 2:14).

Christ’s miracles were on display throughout His ministry as God’s power was evident from the very foundation of the earth (Psalms 77:14). And they were certainly at work and evident in the life and ministry of Paul as well.

We Can Do All Things Through Christ Who Gives Us Strength
In this specific instance, however, Paul looked to the spiritual provision of Jesus Christ to find strength, hope, joy, peace, and contentment in even his darkest situation. It is this power that transforms hearts and frees minds oppressed by the discouragement of present circumstances.

And in a time when his own circumstances were limited, Paul turned to Christ for the strength to be content and still have joy. The same power that could deliver him from prison in an instant was the power that was daily transforming Paul’s heart to become more like Christ’s own.

In Christ, there is true strength. In Him, there is hope, joy, and peace that surpass all understanding and situations (Philippians 4:7), which Paul himself had experienced firsthand and later professed in his letter to the Philippians.

If anything, Paul had revealed his greatest secret to some of his closest friends and supporters. And it is a secret Christians today share in, one that is just as encouraging and life-giving as it was the day it was first read by the early church.