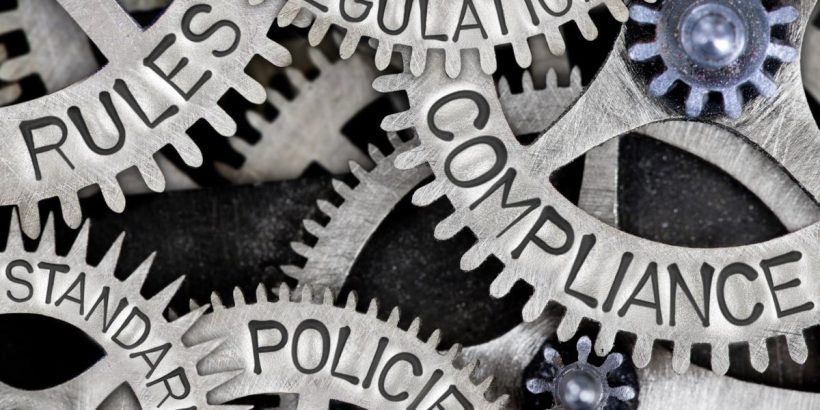 What if I were to tell you that what we are experiencing has nothing to do with events currently unfolding in the present and everything to do with a future event that sits just over the horizon?  What if I told you that everything the titans of government, finance, and technology do today is in preparation for something they are desperate to prevent tomorrow?  What if I told you that this looming disaster for those who hold power now would one day be known as “The Global Revolt of the Peasants”?  Would all the craziness around us make a little more sense if you knew that the only thing our “leaders” actually fear is we?

(1) All governing systems (political, financial, technocratic) operate to preserve and expand their power.

(2) Catastrophic governing failure leads to complete loss of power for those in charge.

(3) Governing systems in the process of failing to compensate by eliminating competition and increasing overall control.

In other words, even the most free and dynamic social systems degrade over time as the people who govern those systems distort them in pursuit of greater personal wealth and power.  Corrupted systems eventually lead to breakdown and collapse.  As collapse nears, social systems become so vulnerable to unsanctioned actions and ideas that they close themselves off.  Freedom is replaced with tyranny.  This is by design.

If post-WWII Western governance had a creed, it is this: increased taxation and increased regulation increase both asset wealth and inequality.  By taxing labor, the value of hard work has plummeted.  By regulating anything and everything, the entry costs for any new entrepreneur have skyrocketed.  And because the Industrial Revolution’s trends toward producing more and varied innovations at cheaper costs have hit the roadblock of government interference, fewer innovations, less competition, and increased monopoly ownership have logically resulted.  Instead of assets going down in value over time as more are produced, they actually increase in value as it becomes harder to produce them.  While people with assets see gains in wealth, people depending on income to survive have experienced more difficulty affording what is produced.  This is why inequality has surged in the United States when America was not long ago the nation with the greatest intragenerational social mobility in the world.

But the government has had an answer to this misery!  Simply tax people more in return for the promise to create a welfare system that pays off in the future.  See what those with power did there?  They actually stole from people who work for a living in return for nothing more than future promises to make them whole.  And what happened with this extra tax revenue?  Most of it got quickly spent buying things that the wealthy own and sell, thereby driving up the value of assets held by the rich while increasing the costs of ordinary goods to regular workers.  The government used its power to steal from your paycheck, transfer that wealth to businesses owned by a small monied class, and artificially drive up prices, all while promising a future welfare payment that you may or may not receive decades in the future.  This is how socialism’s Ponzi scheme works.

But stealing an individual worker’s labor wasn’t enough to sate the avarice of Big Government and Big Business!  Budgets grew bigger than tax revenues could afford, and the system of stealing from the peasants to enrich the lords was threatened.  So what did the system do to preserve power?  It de-coupled the dollar from any tangible value in the real world by ending the gold standard.  Now paper dollars were worth more than the value of their paper only if people shared the delusion (or at least accepted their government’s assurances) that paper is as valuable as gold.  Without anything tethering the dollar to real-world assets, the government giddily used the last half-century to print and spend dollars until the value of a dollar today is worth only two cents compared to 1971.  Again, those who own assets have seen their wealth in terms of dollars artificially rise, while those who work on salary have suffered, as everything has gotten more expensive.  Local, state, and national debts ballooned.  The rich benefited enormously.  The middle class fell into poverty.  And the fuse of an unavoidable debt bomb triggering a future financial collapse got lit.  Everything the government does today is about lengthening that fuse in order to delay the explosion while preparing for the aftermath once it goes boom.

So how does a governing system survive catastrophic failure of its own making?  It consciously causes division in society, distracts people with propaganda, and diligently replaces freedom with control.

If prices are going up, that’s because “capitalism is evil” and free markets promote “white supremacy” and “patriarchy.”  “Equity” is the answer, of course, and only government can provide the “equity” the people need.  Don’t you know that private industry and ownership are ruining the planet?  It’s true!  Consumerism is boiling the world, and we’re all going to die unless we willfully return to the living standards of the Middle Ages.  Experts say so!

What do you mean, uncontrolled illegal immigration is tearing communities apart and destroying the common bonds of shared culture?  That’s racist!  Multiculturalism and diversity are our strengths!  If a population influx happens to cause social friction while putting deflationary pressure on low-paying wages and mitigating the actuarial insolvency of the welfare system, that’s purely coincidental.  Believe me, wealthy elites worry about the plight of the weary immigrant more than they care about their own happiness.  That’s why the doors to their gated communities, country clubs, and private schools are always open to those in need.

Do you know what the global COVID-19 pandemic has exposed?  The absolute need for governments to work hand in glove with Big Tech to eliminate harmful “misinformation,” regulate communication, and create a new digital passport system that can be used to catalog each individual’s movements, purchases, and interactions.  Thank goodness we had this health scare, or people would never have learned how much they need to be controlled.  Responsible people deserve to be rewarded!  Those who do as the government commands may work and eat.  Those who promote good “science” should be allowed extra servings of freedom.  That’s why it is imperative that a social credit system be instituted to benefit the virtuous and punish the wicked!  Don’t call it “government-enforced political correctness” or the “end of free speech” or “digital authoritarianism on steroids.”  This is nothing like the totalitarianism of the last century.  This time it’s for the people’s own good because their leaders have only their best interests at heart.  Individualism is selfish!  Obedience will set you free!

In other words, the best way to survive the coming peasant revolt is to turn the peasants against each other, scare them into submission, and convince them to imprison themselves.  It’s still a hell of a gamble.  Truth and freedom, even when smothered, have a tendency to burn back brighter when under assault.  Is it possible the Davos crowd is so confident in its powers to shape history that it’s ignored everything history has taught?  Catastrophic system failure lies just beyond the horizon.  Something big must happen next.