5 More Indictments Coming Down The Pike. Who Will Be Named?

The Democratic National Convention [DNC] has spewed their hatred for President Trump since before he stepped into office. They say, he shouldn’t be President, they can’t stand him, he is the wrong President, and he doesn’t fit into the office of President.  With no basis, this is a sign of extreme panic.

As we know, Kevin Clinesmith plead guilty to one count of  falsifying documentation. He is singing like a bird! (Cue) Post 4621 provided an image of [KC] being the 1st of 6 placeholder indictments. This means there are 5 more indictments to come against those who ‘knowingly knew’ Clinesmith edited the document.

If John Brennan is about law and order, as all CIA personnel should be, why is he so angry about [KC] pleading guilty… because a guilty plea incriminates Brennan. He knew! How many people up the chain-of-command knew about this? Documents show they all knew.  Grab the popcorn…the show has begun!

In the Senate report, it was stated that Jonathan Winer destroyed reports of Christopher Steele, that [CS] asked him to do this. Steele asked Winer to destroy the records in January 2017, the same month the Trump Dossier became public. The Senate report also said Winer denied he arranged a meeting in October 2016 for Steele in the State Department. But Winer had to come clean when the Senate produced visitor logs.

Winer orchestrated the entire thing, destroyed information and lied to Congress. He is one of the main people the Senate is currently looking at. In 2018, on CNN, he boasted he had the goods on Trump but now it has completely reversed course. The goods are on Winer.

Chanel Rion, a Trump Supporter, is the Chief White House Correspondent from One American News (OAN).

Rion, who asks factual, relevant questions simply wants fair play. With her leading the charge, TV viewers may be seeing a whole different scope in the briefing room.

With Election Day fast approaching, (Cue) has told us there may be switch-up of candidates. We have seen many videos of Joe Biden’s undeniable decay in mental heath over the past few years. His people knew he could not bring their plan together so it looks like there are two options in place.

A) Switch out Biden with another candidate, which very well could be Michelle Obama.
B)  Manipulate the election by cheating or to cause a major delay in retrieving final results.

The Patriots are once again steps ahead of their game. Our plan is to trap the Deep State into either using Block-Chain and Voter ID, or voting at the polls.

Trump and his team have stopped this every time. A judge has now rejected Trumps challenge to Manhattan DA on tax records but based on the history, they will most likely block this effort once again.

Who is Cyrus Vance, Jr? His father worked for Jimmy Carter as his Secretary of State, also taking payment from Harvey Weinstein while declining to prosecute him for sexual assault. In addition, he sought a reduced sex offender status for Jeffrey Epstein. This comes as no surprise to the Patriots. Most likely they have been predicting this and they have a plan in place to counter.

Trump may be able to use this later on against other candidates. (Cue) has stated the concern of those in power what happens if foundations, relatives, and others  get audited every two years?  Is all of this a set up by the Patriots?

While the Border Wall was being targeted by the DS, and things were moving slowly, someone began a campaign called, ‘We-Build-the-Wall.’  Steve Bannon came on board to assist. Upon investigation, it was determined to be a money laundering scheme.  Investigators allege fake business and fake invoices were used to funnel hundreds of thousands of dollars from this organization and all are profiting.

Steve Bannon, along with several others, were arrested by federal investigators on a yacht registered to a Chinese billionaire on charges of money laundering.

A while back, Trump fired Steve Bannon  because he was trying to slander Jared and Ivanka. He also objected to this ‘We-Build-the-Wall,’ plan, cautioning against the private group raising money though ads. Now we realize it was money laundering scheme and thousands of Americans fell for it.

A Virginia State Senator, Louise Lucas, has been charged where she, along with other conspirators allegedly damaged a confederate statue which resulted in serious injuries to a protester. Rioters are harming people as they are tearing our country apart. We have learned thousands have been arrested for causing mayhem in our streets. This is great news for Patriots who love our country!

The 5th Column is a group of people disloyal to the leadership and seeks to overthrow it. Espionage, sabotage, infiltration from within, spreading misinformation. Obama, Biden and others are guilty and now under the rule of law, the 5th Column is crumbling. 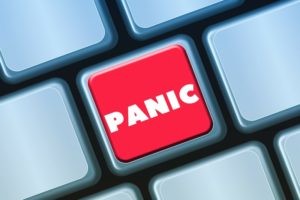 Reporters are asking about (cue), they are panicking because Trump did not denounce them, Clinesmith plead guilty and is singing like a bird. Everyone is panicking right now. Every Social Media outlet who cracks down on (Cue) is implicating themselves.  (Cue) pushes unity and love, not violence; freedom, not tyranny. They all know (Cue) is real. WWG1WGA