Who Would Have Thought A Boycott Was The Ticket
To Realizing Who The Majority Really Is? 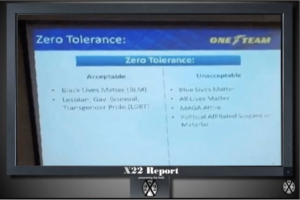 Today, the Silent Majority flexed their muscles and stood up to a corporation who politicized their business, cutting a huge portion of their customer base. The far left wants everyone to think they are the majority, but it’s just an illusion.

Unlike those who riot, burn down buildings or pull down statues, today we simply stood in one accord for those we support, love and appreciate.  Goodyear Tires posted what they found acceptable vs. unacceptable.

Goodyear quickly replied, “…Goodyear has always wholeheartedly supported both equality and law enforcement and will continue to do so.” The Silent Majority has spoken! We are in charge… we are the majority! 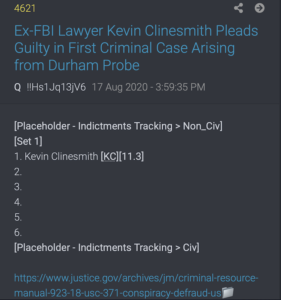 Waiting patiently, Anons have gotten their beautiful reward…the first actual guilty plea of someone in the FBI associated with SpyGate. Anon’s knew it was a cover for crimes committed by Brennan’s team and others, but it wasn’t until today we received our confirmation. Kevin Clinesmith plead guilty to falsifying documentation.

John Brennan is very upset because KC plead guilty and also that the Mueller report findings reported no collusion.

During todays hearing, Judge James Boasberg, who supervised the FISA Court, announced he would recuse himself from the case, if the prosecutor or DoD wanted him to. But the DOJ and Clinesmith’s attorney didn’t see a need so Boasberg will remain.

Boasberg then asked Clinesmith if he deliberately altered Carter Page’s email leading up to Spygate. He answered, YES. So, he was charged with one count in violation of 18 U.S.C. 1001.  He entered into a plea agreement which means he’s tattling on others. Is this why Brennan, Sally Yates and Susan Rice are so upset?

If this FISA is null and void, what happens to the other FISA’s that were there because of this one? They all go away and in the end, their spying all of a sudden becomes criminal. 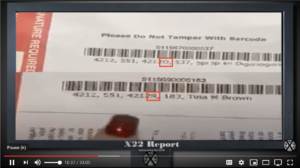 A woman and her brother in Palm Beach County Florida received their ballots. He is a registered Democrat and she, a registered Republican. Upon inspection of the envelopes, she noticed in the barcode a ‘D’ was revealed on his and an ‘R’ on hers. Clearly, the envelopes reveal which party line they would vote for. She has credible concerns if a postal worker saw this after it was mailed, how easy would it be to toss the one they opposed.

Trump mentioned something called Block-Chain Voting which a patent was filed by U.S.P.S. on February 8, 2019, a year and seven months ago. Then on Feb, 7, 2020,  the final application was filed. Most likely, Trump has been sitting on this, waiting for the right time to launch it. In order to take down the SWAMP, the countries need to come together to make it happen.

The Media keeps bringing up (Cue)-Anon to POTUS. Are they trying to trap him into admitting he is involved? He admitted the (Cue)-Anons like him and they are also standing against rioting in the streets. The reporter continued asking him if he is secretly involved in saving the world from this Satanic cult of pedophiles and cannibals. He replied, “..is that supposed to be a bad thing or a good thing? If I can help save the world from problems, I’m willing to do it…” 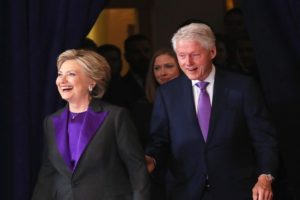 The night Trump was declared the winner of the 2016 election, the Clinton’s appeared on stage wearing royal purple. When he wins again we’re going to see riots like we’ve never seen. (Cue) has mentioned some kind of attempted attack on the power grid at the hand of the DS. The Patriots already knew of this corruption, called the Purple Revolution. Its purpose is to hijack and redirect the Patriot’s plan. Why won’t it work?

Trump and the Patriots have trapped the SWAMP in every angle possible. We have their playbook. Soon, it’s game-over and they know it!