Standing On The Sidelines,
Everyone Had to Watch The Greatest Game Ever Played 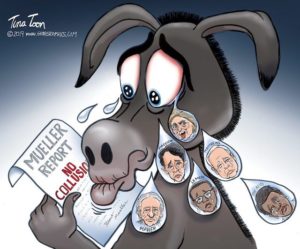 Since the beginning, the Patriots have been moving the Deep State (DS)/Mainstream Media (MSM)/Corrupt Politicians, to exactly the place where they want them. In spite of the Russia Collusion, the impeachment hoax and other things, all this caused many sleepers to wake up.

People learned about Biden and his connections to Ukraine; that there was no Russia Collusion.  We learned about China and Spygate; riots and the pandemic. This is about showing the people what corruption the Deep State is actually involved in. The Great Awakening is about exposure and it is working!

966 pages later, the Senate Intel Committee found there was NO evidence of Russia Collusion that included Donald Trump.  These findings supported Mueller’s findings. No evidence!

In addition, they penned a letter scolding the FBI, they did not handle this investigations appropriately. This key document which has now been deemed false by the Senate and their guy Mueller, shows this was a conspiracy theory. The FBI made it up! But this is no surprise to the Patriots. They saw it coming and they were ready to counter.

Time and time again, Julian Assange has said he received his information from Seth Rich. The FBI was sloppy when it came to Steel Dossier which exposed the DS and the MSM for all they have been doing to Trump during this whole administration. This report is not fully redacted but it should be, just as those others wanted the Mueller report redacted. How will this end up? Will Julian receive a pardon?

Michelle Obama spoke at the Democratic National Convention. She talked about how Trump told the border agents to put kids in cages, but the Associated Press fact-checked her.

They discovered the cages were built by her husband’s administration and Trump was only using them for the influx of refugees while they investigated who belonged to the parents and who were being trafficked. The photos the media posted, the ones blaming Trump, were actually captured in 2014. Trump was no where near the presidency, yet! 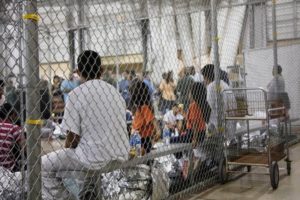 Obama stated the only way to stop chaos is to get rid of Trump, but Trump didn’t cause any chaos. Ever since he got into office, he has been telling people to unite. She said if Trump is gone, he will end their chaos, but the chaos has been created for decades? President Trump tweeted out, “Somebody please explain to Michelle Obama that Donald J. Trump would not be here in the beautiful White House, if it weren’t for the job done by your husband, Barack Obama…”

Trumps Administration has had record jobs since July and also the economy is coming back even better and greater. NASDAQ is at a record high. Gold and silver is at an all-time high. The economy was on the brink of death and Trump brought it back.

A peace agreement between Israel and the United Arab Emirates and the US took place last week. Now, we’re getting word that Israel and Sudan is close to agreeing on a peace agreement, as well. Peace deal after peace deal; Trump said he would be ending the endless wars. Does he keep his word? Every time!

Cuomo had instructions to move the elderly with COVID into nursing homes. The death toll reported was 6,600, but  it looks like they were upward of 11,000. According to New York’s records, they had 32,000 deaths. What a horrible Governor to bring the sick into these homes to bring the death rate up.

People listening to the propaganda, don’t have accurate information. Looking at the CDC, the death rate peaked in the US in April. The death rate has dropped significantly, almost at ZERO. Why are we still wearing masks and why are we still in shut down mode? Based on the recent CDC data, our country should be open.

Susan Rice believes Trump is doing the U.S. harm, that if he is re-elected, the U.S. will be unrecognizable. Yes, the nation the DS has been creating will look very different after another 4 years of Trump. These riots we are seeing have been created in an effort to avoid arrests of more senior officials but Trump finds ways around them. We will be seeing more very soon! 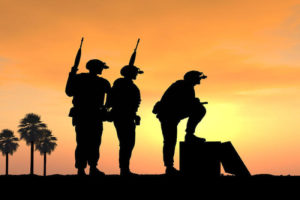 When Trump mentioned HCQ back in March, this was all done on purpose to confound the DS in their scheme to lock in on mail-in ballots. Moving forward, the Patriots will continue to play the Deep State and continue arrests like with Kevin Clinesmith, and expose their dirty deeds.

Remember, the people could not be told, they had to be shown. All of this unfolding was a part of the Patriot’s plan.