Your Sins Will Find You Out … Crime Doesn’t Pay 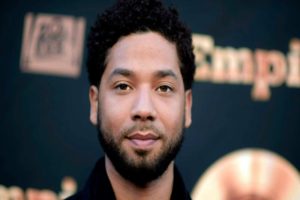 Actor, Jussie Smollett was involved in a crime. When police arrived, Jussie still had a noose around his neck and said MAGA-Hat wearers beat him up and tried to lynch him.

A special prosecutor, Dan Webb, was assigned to the case and his findings revealed Cook County, Illinois Attorney, Kim Foxx and her office made several fake and bogus reports about the case.

Webb is moving ahead with 6 count indictments charging Smollett for faking a hate crime.

As Trump and the Patriots have dripped out truth, we are seeing the Mainstream Media (MSM) ramp up their spin on nearly every story they receive.  But, people are beginning to see the inconsistencies. We have the facts. When facts are combined with law and order, they cannot be denied. People are waking up!

The Deep State/Corrupt Politicians/ MSM, is panicking about mail-in voting. President Trump continually mentions mail-in voting and the cheating that has taken place. The Washington Post came out with an article saying that blocking mail-in ballots could help Trump steal the election. Actually, the opposite is true. Mail-in ballots have been dumped in trash cans, said to have been mailed to ‘cats’ and have also caused ‘dead people’ to vote. Accountability is low with mail-in ballots so Trump wants to secure the votes to enable a fair election.

The mainstream media is telling everyone Trump doesn’t want mail-in voting, yet he is going to use mail-in voting himself.. always a spin. The correct info is Trump, being a FL resident, has applied for Absentee Voting Status which is very different from Mail-in voting.

Another spin is Trump is removing post office boxes so people cannot vote by mail. During Obama’s administration, he had 12,000 P.O. boxes removed and replaced. Trump is doing the same. What if Trump has created another way to vote in a very secure manner? Last week, Dr. Anthony Fauci encouraged people to vote at the polls, stating, if people can go to the stores, they can vote in person. The DS is ignoring Fauci suggestion because this is not about a virus, but about the election.

On February 7, 2020, the USPS filed a patent for a block-chain base secure voting system. This was filed before the C-19 shutdown. The registered voter receives a computer-readable code through the mail and confirms their ID and correct ballot information in regards to an election.  The system combines mailing a ballot, voter ID, block chain and hides their identity. Is this one of the Trump cards used to combat Mail-in voting fraud?

A Blockchain in simple words…
A blockchain is an automated record of activity. Individual records called blocks, are linked together like a chain. Blockchains are used for recordings made with cryptocurrencies, such as Bitcoin, and are used for many other operations.

Ratcliffe is now saying China is the greatest threat to our elections. He sees the data and says it’s not Russia, but China. 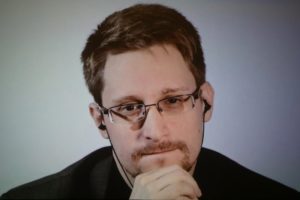 Edward Snowden was been seeking asylum in Russia. We knew he would be coming home and would tell all. It’s going to get worse for the DS. Is he making a deal with President Trump? Julian Assange has everything against them! What does Snowden have?

In Puerto Rico, there was a family indicted for theft, bribery and fraud. The U.S. had sent emergency supplies after the devastating hurricane, but the citizens did not receive it. The MSM spun the story saying Trump didn’t offer any assistance. A year later, a warehouse filled with emergency supplies was discovered. Officials in Puerto Rico hoarded and stole the supplies and the money was laundered elsewhere. The Puerto Ricans, didn’t have basic food or water and now we learn it was stolen by their own government.

A Federal Grand Jury returned a 13-count indictment against Maria (TaTa), a member of the House of Representatives, her husband, her son and an assistant. This didn’t just happen during this hurricane, it’s been an ongoing affair.

Dr. Fauci predicted 1.6 million to 2.2 million deaths from C-19. The numbers say the death toll is fewer than 170,000. Most likely the numbers will drop when the records prove people died from car accidents and heart attacks rather than from COVID.

From the very beginning, the DS/MSM/corrupt politicians didn’t want you nor I to know about HCQ. If we did, this outcome would look very different and polling wouldn’t be an issue.

The country of Switzerland, provided proof in the healing properties of HCQ. Governor Timothy Walz of Minnesota, quietly reversed the decision to allow HCQ to be used for COVID.  Just two weeks ago, the Ohio board of pharmacy reversed it’s decision on HCQ, as well. More and more doctors are in support of HCQ and are pushing for its release.

LA County tried to keep Sun Valley’s Grace Community Church shut down. They brought all their evidence on why it should not open. The judge said it’s within their right to open up, and dismissed the entire case!  It is time to rise up and take a stand for our places of worship!

What we are watching has been the DS’s plan from the beginning…to erase history and to destroy America.  But Trump and the Patriots have a counter plan, a gift:  giving America back to the people. The Storm is right behind Trump and it’s about to hit!