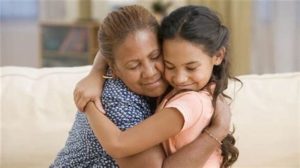 People are seeing unmasked people hug each other, stand next to one another in stores, in restaurants, outside and are becoming very aware they have been played. What they are seeing in real time vs what they are watching on the news are two very different stories…one is fact and one is fear.

The fact remains coronavirus is very real and while it has taken way too many lives, even more have recovered from its grip. Why? Because with proper medication, most healthy people fully recover. Hydroxycloroquine (HCQ) leads the way in healing Covid-positive patients with a nearly 100% success rate. When there is a cure, fear disappears.

Joe Biden was being interviewed by The Breakfast Club. He said something highly inappropriate and the media does’t seem to want to cover it. He said, “I tell you, if you have problem figuring out if you’re for me or Trump, then you ain’t black.”  If Trump had said this, the media would be all over it, calling him a racist. Most definitely a two-tiered justice system, and it starts with the media.

We know Judge Sullivan who was expected to exonerate Flynn, said he would not and has hired a lawyer to force Flynn’s prosecution. Why would he need a lawyer when he is a judge? Who is paying for Judge Sullivan’s attorney? He is supposed to be a neutral, impartial arbiter. Apparently, he is in trouble. Who told him to keep the case alive…Obama, the shadow president.

A number of Q posts say to trust Wray, trust Sessions, trust Horowitz, trust Huber, trust Pompeo. Horowitz’s report was the foundation, Huber is working on the Clinton Foundation,  Pompeo has been making deals with the governors and against the Deep State. Wray and Sessions have been working in the background and are currently being positioned.

Why is Hillary Clinton trying so hard to avoid being questioned? She told the appeals court she has an indisputable right to not be questioned… Again we are seeing a two-tiered justice system.  This is all pointing toward a mail-in-ballot system.  Trump and the Patriots have been monitoring voter fraud since 2018 and it will all be exposed.

So, why is the media still trying to push a lock-down? Why are mayors, governors and others refusing to open their cities and states if we have a proven, FDA approved drug that cures a number of other illnesses as well as coronavirus?

Spying, a two-tiered justice system, mail-in-ballots, Flynn’s judge, the continued lock-down, the media is all about keeping control, but the people are waking up and all is about to be exposed. The Patriots are applying pressure to each of these and a lot more is coming. Timing is everything.