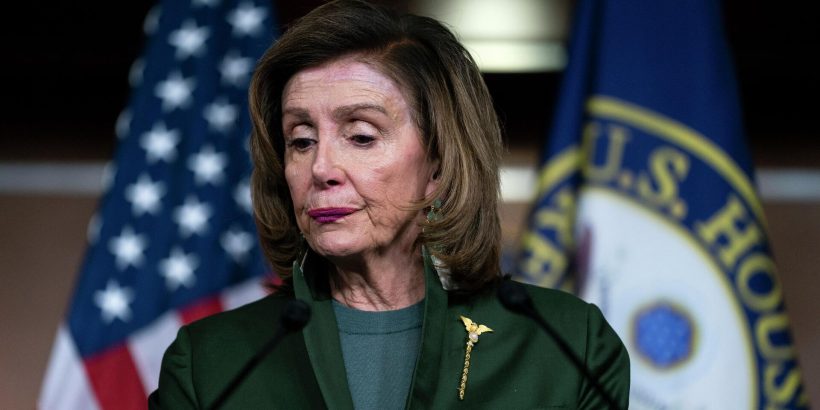 U.S. House Speaker Nancy Pelosi (D-Calif.) on Aug. 1 landed in Singapore and met with top officials there as she began an Asia trip that could include a visit to Taiwan.

Halimah shared a picture bumping fists with Pelosi in the Istana, the office of the Singaporean president, and said they “affirmed the excellent and longstanding partnership between Singapore and the US” and discussed educational and other ties, as well as cooperation on issues such as the environment.

Lee went over “key international and regional developments, including the war in Ukraine, cross-strait relations, and climate change” with Pelosi, according to a readout, as well as “highlight[ing] the importance of stable US-China relations for regional peace and security.”

Pelosi was set to visit Taiwan earlier this year but canceled the trip after she tested positive for COVID-19. Colleagues have said she planned to visit Taiwan during the current trip, but an itinerary released over the weekend did not include the country.

Singapore, Malaysia, South Korea, and Japan were listed as stops.

Pelosi’s office highlighted another meeting in the country, with Singaporean Deputy Finance Minister Lawrence Wong, saying the speaker and Wong “discussed how our nations can continue to work together to advance security, prosperity & opportunity for those on both sides of the Pacific.”

Zhao Lijian, a spokesman for China’s foreign ministry, warned around the same time that a Pelosi visit to Taiwan would be “a gross interference in China’s internal affairs, seriously undermine China’s sovereignty and territorial integrity, wantonly trample on the one-China principle, seriously threaten peace and stability in the Taiwan Strait, and seriously damage China-U.S. relations, leading to very serious developments and consequences.”