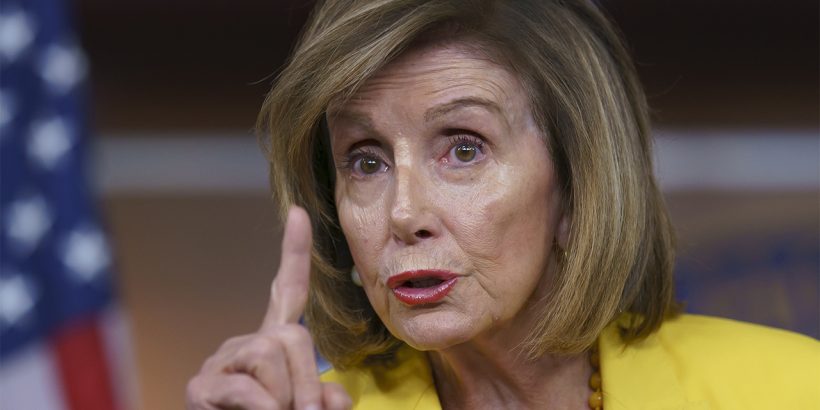 After rampant speculation, House Speaker Nancy Pelosi will be visiting Taiwan and meeting with government officials this week, according to reports, and the former editor of a Chinese state-run publication has issued a dire warning.

While certain details remain up in the air, Pelosi is expected to go to Taiwan following her current stop in Singapore. She is reported to have planned meetings with Taiwanese officials and others on Tuesday evening and Wednesday.

“She’s definitely coming,” a person familiar with the situation told the Wall Street Journal. “The only variable is whether she spends the night in Taipei.”

Pelosi would be the first House Speaker to visit Taiwan since Newt Gingrich in 1997. China has issued stern warnings against such a visit.

“China will take resolute and strong measures to defend its sovereignty and territorial integrity. As for what measures exactly we will take, let’s wait and see if she dares making the visit,” as spokesperson for China’s Foreign Ministry said about the possibility of Pelosi going to Taiwan.

Chinese media personality Hu Xijin responded to the news with a warning of what could follow.

“Let her go to Taiwan. But pray before departure: wish herself a safe journey and wish herself not be defined by history as a sinner who starts a spiral of escalation process expanding military frictions to a large-scale war in the Taiwan Strait,” the former Global Times chief editor said.

Hu Xijin previously suggested that China shoot down Pelosi’s plane if she goes to Taiwan.

Prior to Pelosi’s departure for Asia, the Pentagon moved the USS Ronald Reagan and a strike group from Singapore to the South China Sea, although the aircraft carrier had been there prior to its short stay in Singapore.

Pelosi began her trip with a stop in Singapore, tweeting photos from her stop there.

The House Speaker has also made plans to visit Singapore, Malaysia, South Korea and Japan.