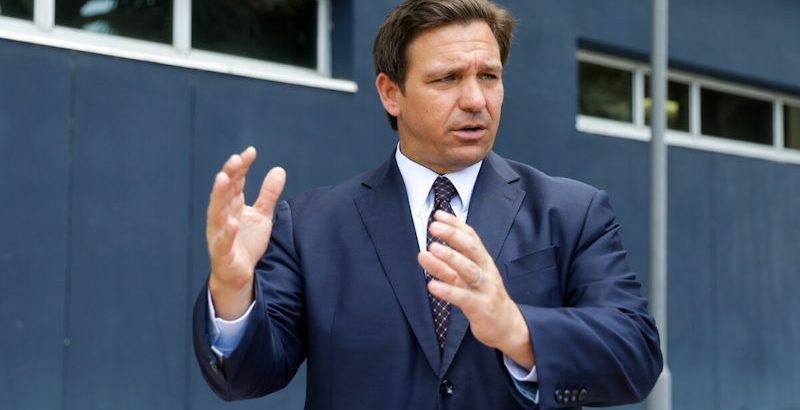 Florida Gov. Ron DeSantis said that people moving to Florida from other states are “overwhelmingly” registering as Republicans, and that includes Democrats who fled their states due to COVID-19 restrictions.

“The media at the beginning of this said Florida’s bad and I think it’s because they want to damage [former President Donald] Trump in Florida, they want to damage me. So, they just kept saying it was bad,” DeSantis told Fox News Wednesday. “And even though the facts didn’t say it, like literally last April, they’re saying Florida is doing worse than New York. New York was like 10 times worse.”

DeSantis, a Republican, has resisted lockdowns, in a move that has drawn criticism from some Democrats and corporate media outlets. In recent months, the governor has issued executive orders or signed bills ending statewide mask mandates, local emergency orders to necessitate lockdowns, and preventing so-called “vaccine passport” systems from being implemented—measures that have been near-universally praised by conservatives.

“And so, I think what it did is the people that buy those phony narratives for these media, they probably aren’t coming to Florida. But most people see through it. But the people that see through it, they think like us. And so, I think a lot of these people are coming. I think they are registering as Republicans overwhelmingly,” the governor said Wednesday. “And I also have come across a lot of people who, quite frankly, were Democrats. The lockdowns turned them into Republicans.”

DeSantis was responding to a comment from Fox News’s Sean Hannity, who noted that a number of people from New Jersey, New York, and California have left their states due to lockdowns and left-wing politics for Republican-led states like Florida.

But the governor noted that he has “come across a lot of people” who said they were Democrats but are now Republicans because of school lockdowns caused by teachers’ unions’ decisions.

“People say, ‘I was a Democrat because of education and I’m in California and they’re locking my kids out of school. I come to Florida, they’re in school.’ People are free. People are happy,” he remarked.

He added: “If you have a political party that puts the interest of teachers’ unions over the interest of kids being able to just access an education at all, that tells you all you need to know about the modern Democrat Party.”

There has been growing speculation that DeSantis may attempt to run for president in 2024 if Trump does not. Last week, the governor provided hints about his future in politics.

“I can tell you this: In the state of Florida, with me as governor, I have only begun to fight,” DeSantis said in Pittsburgh, according to a CNN report.