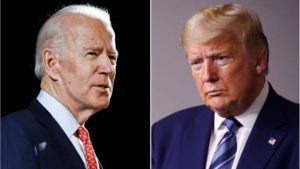 It is largely suspected voter fraud has been widespread for many years, even decades in our elections. Corruption from within has secured its victory.

However, when the ‘new sheriff came to town’ in 2016, all of that began to change. In spite of the media’s reporting, President Trump is staunchly about law and order. He embraces our U.S. Constitution.

Could the Mueller investigation have been squelched with a Presidential Executive Order? Absolutely! Why wasn’t it?

Donald Trump was willing to allow the rule of law to carry out his innocence. Would ‘the sleepers’ have believed him had he exercised his authority and exonerated himself? Most likely not.

The people had to see the outcome through the rule of law. The case against President Trump and Russian Collusion was dropped for lack of evidence.

Voter fraud is being uncovered on a massive scale. The mainstream media refuses to report its findings, choosing the narrative of mocking it instead.

On a trek to follow America’s rule of law, top lawyers from all around our country have joined in the fight to expose this scandalous corruption. The highest and most prized privilege for Americans is the freedom to vote for the leaders we want to govern our affairs.

Americans just want to go to work, come home to our families, enjoy life and not have to worry about corrupt governors or mayors, senators nor other elected officials. But when we see reckless abandon within our government, Americans begin to worry about these things.

Could it be decades of voter fraud installed these tyrannical governors who mandate lockdowns? Could it be they were never elected by you and I in the first place? How could these corrupt mayors have received the elected support they did when clearly very few agreed with their policies?

Many have mocked these lawyers for going out on a limb, but the question looms; ‘Wouldn’t it be worth following the rule of law and investigating it just to be certain?’

This is what Ellis, Powell, Guiliani, and countless other lawyers are doing. Now more than ever, we are awakened to the truth that decades of corruption and treason have infiltrated our government.  They are on the front-lines exposing it.

No voter fraud nor foreign interference shall remain hidden, not anymore.  We-The-People support these fearless warriors who are fighting for our freedom.

Expose the corruption, the traitors, and the way in which it blindly fools us so we will never allow it to happen, ever again!

Senior Legal Adviser to the Trump 2020 campaign Jenna Ellis said Friday on Newsmax TV that she and a team will head to Arizona on Monday in an effort to convince the state’s legislature to reassert its authority under the Constitution to appoint electors to the Electoral College.

Ellis began her appearance on ”Stinchfield” by announcing that the Pennsylvania General Assembly has announced it will introduce a resolution in both houses of the state legislature to reclaim its authority to appoint electors — a revelation previewed earlier in the day by state Sen. Doug Mastriano on ”War Room,” former White House strategist Steve Bannon’s video podcast.

”We’re hopeful that Arizona will follow the same path that Pennsylvania has now spearheaded by going first, and by seeing that there is substantial and more than enough evidence that this election was irredeemably compromised,” Ellis said. ”And so, in Arizona, both the mayor (Rudy Giuliani) and myself will go to this hearing where legislators in Arizona will hear from witnesses in that state talking about the election official fraud that occurred in Arizona.

”And we’re hopeful that they will take the same course of action that the Pennsylvania state legislature is now doing and that they will also reclaim their state legislative authority and take back their opportunity, their mandate and their obligation under the Constitution to select their Electoral College delegation based on the actual election results, counting every legal vote, not based on the corruption and fraud that occurred.”

Ellis’ comments followed those of Guiliani earlier Friday on ”Greg Kelly Reports” that lobbying state legislatures would be undertaken in addition to legal claims. The Trump campaign is hoping states will assert their authority under Article 2, Section 1, Clause 2 of the U.S. Constitution.

”Each State shall appoint, in such Manner as the Legislature thereof may direct, a Number of Electors, equal to the whole Number of Senators and Representatives to which the State may be entitled in the Congress,” the text of the Constitution says.