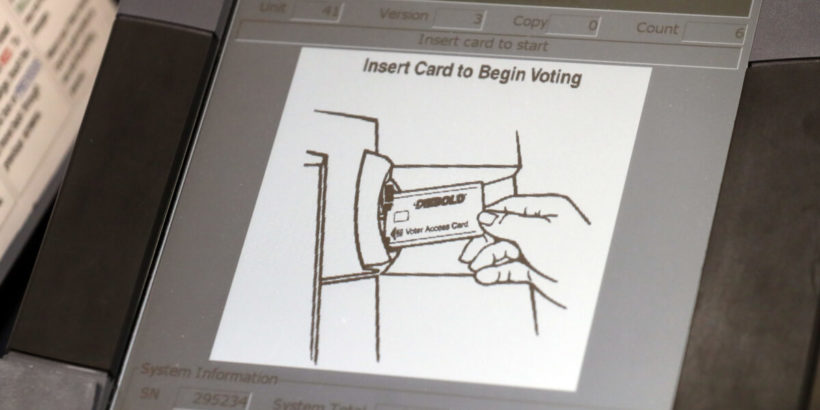 Nearly 30 states and 2000 jurisdictions are said to have used Dominion’s Smartmatic voting system software in our 2020 election.

Allegedly, this software system was created and designed to delete votes, lose votes, change votes, manipulate votes, and change percentages to work in favor of the elected official being ‘installed’ into office.

Could there be integrity issues within our U.S. voting system? Most people do not like cheating, so let’s explore and rule out this possibility.

A digital forensic analysis by a former military intelligence analyst whose name was redacted in an affidavit accompanying attorney Sidney Powell’s lawsuit against Michigan officials, claims to present “unambiguous evidence” that Dominion Voter Systems servers were accessible to and were “certainly compromised by rogue actors, such as Iran and China.”

Powell’s complaint, filed on Nov. 25 against Michigan Gov. Gretchen Whitmer, Michigan Secretary of State Jocelyn Benson, and the Michigan Board of State Canvassers, cites the affidavit (pdf) as authored by a former electronic intelligence analyst under 305th Military Intelligence and purporting to show that “the Dominion software was accessed by agents acting on behalf of China and Iran in order to monitor and manipulate elections, including the most recent US general election in 2020.”

A separate complaint (pdf) in Georgia, expands on the assertion, claiming that, “by using servers and employees connected with rogue actors and hostile foreign influences combined with numerous easily discoverable leaked credentials, Dominion neglectfully allowed foreign adversaries to access data and intentionally provided access to their infrastructure in order to monitor and manipulate elections, including the most recent one in 2020.”

The analyst, who claimed to have “extensive experience as a white hat hacker used by some of the top election specialists in the world,” said that they scanned Dominion network nodes and found a number of interrelationships with foreign entities, including access to Dominion’s server by a network from Hunan, China. Another forensic review confirmed links to an Iranian IP address, the analyst wrote, and concluded that the totality of “these scanning behaviors showed that foreign agents of aggressor nations had access to US voter lists, and had done so recently.”

The analyst said the findings represent a “complete failure” on the part of Dominion to provide “basic cyber security.”

“This is not a technological issue, but rather a governance and basic security issue: if it is not corrected, future elections in the United States and beyond will not be secure and citizens will not have confidence in the results,” the analyst concluded.

Dominion has not responded to a query from The Epoch Times regarding the allegations, although the company issued a statement on Wednesday, the same day Powell filed the Michigan lawsuit, with Dominion saying there were “unfounded allegations being made against the company and its voting systems” in recent days.

The company added: “Dominion voting systems are designed and certified by the U.S. government to be closed and do not rely on network connectivity. Dominion’s tabulators also do not have exposed USB or other memory ports.”

It came after Powell alleged in her lawsuit that “hundreds of thousands of illegal, ineligible, duplicate, or purely fictitious ballots” were enabled by “massive election fraud.”

The suit claimed that election software and hardware from Dominion Voting Systems used by the Michigan Board of State Canvassers helped facilitate the fraud.

“The Dominion systems derive from the software designed by Smartmatic Corporation, which became Sequoia in the United States,” the complaint reads (pdf).

Dominion said that it has no financial or organizational ties to Smartmatic, although it said it purchased assets from a company formerly owned by Smartmatic. Both Dominion and Smartmatic have denied ties to foreign governments.