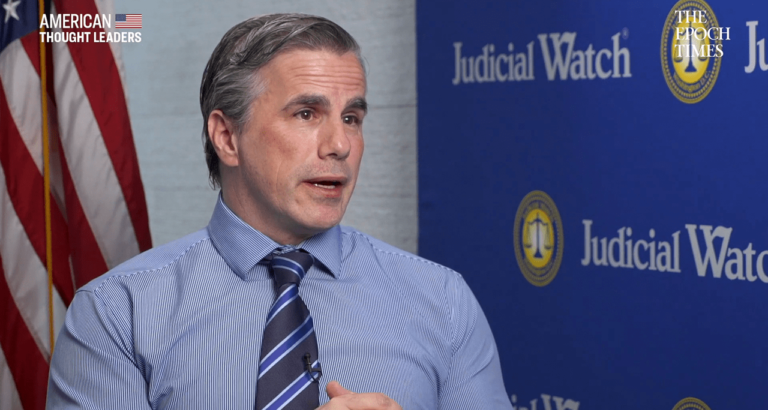 President Trump plans to name Judicial Watch president Tom Fitton to a court oversight agency which has the power to remove certain judges for misconduct.

The White House on Friday announced Trump’s intention to name Tom Fitton to the D.C. Commission on Judicial Disabilities and Tenure.

Recall, it was Judicial Watch that broke the story wide open about Hillary Clinton’s private email server in 2015.

Judicial Watch is currently spearheading dozens of lawsuits in an effort to obtain Biden’s senate records, Strzok and Page communications, Hillary Clinton’s emails, Fauci’s emails with China and WHO just to name a few.

Judicial Watch’s lawsuits have also forced many states to clean up their voter rolls.

You can support Tom Fitton and Judicial Watch by clicking here.